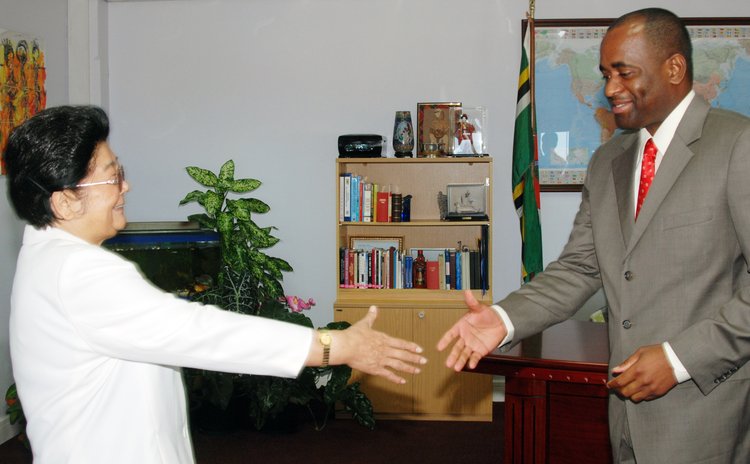 In attendance at the signing were Hartley Henry, Political Advisor, and Martin Charles of the AID Bank. The Sun reported on PM Skerrit's visit at: http://sundominica.com/news/skerrit-goes-to-china-724/

According to AS news the agreement include "international tourism hotel, reconstruction of an international airport, building a hospital newly, and the total investment is about USD300 million. Chinese government will provide preferential loan to support those projects. Among it, international hotel project is the first project to be built, and this hotel will be situated in capital Roseau with total investment of USD70 million." See full story at: http://www.sagf.cn/en/Show.asp?AID=460