Skerrit to the Kalinago: Special love and thank you 18 times 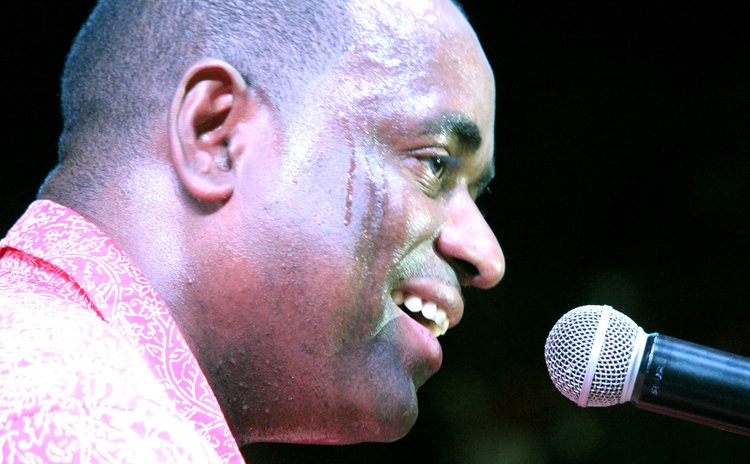 Roosevelt Skerrit speaks at a rally in Salybia

Even before residents of the Carib Territory had voted for Roosevelt Skerrit, or Cassius Darroux or the Dominica Labour Party, Skerrit thanked them, 18 times, at the end of a speech in Salybia last week.

Before that loud climax to his speech, Skerrit earlier tore, like a preacher attacking sinners, into the character and suitability for political office of Claudius Sanford, the United Workers Party (UWP) candidate for the Salybia constituency. In a clear attempt at divide and rule, Skerrit accused Sanford of tolerating what he described as woeful treatment by the leadership of the UWP.

"Tonight Claudius Sanford has the guts and testicular fortitude to show his face as the Workers candidate once again. That man, ladies and gentlemen, has no shame," he said.

On the other hand, Skerrit argued, Darroux, his new candidate, has been called by God and his fellowmen to represent them.

"He's on a mission, on a crusade to lead the people to the Promised Land," Skerrit said.

Then Skerrit professed to the Kalinago people that he had an undying and unique love for them, he cares much more than any other prime minister in the history of Dominica.

"Roosevelt Skerrit and the Kalinago people go way beyond partisan politics," he said. "I have walked every hill and every valley in this constituency."

And as he continued to plummet the air above his podium with his left arm, Skerrit said he has special plans for the Kalinago Territory in education, if they reelect the DLP.

Or was it an imaginary Sanford?