The politics of big money and division: the cornerstone of the Dominica Labour Party 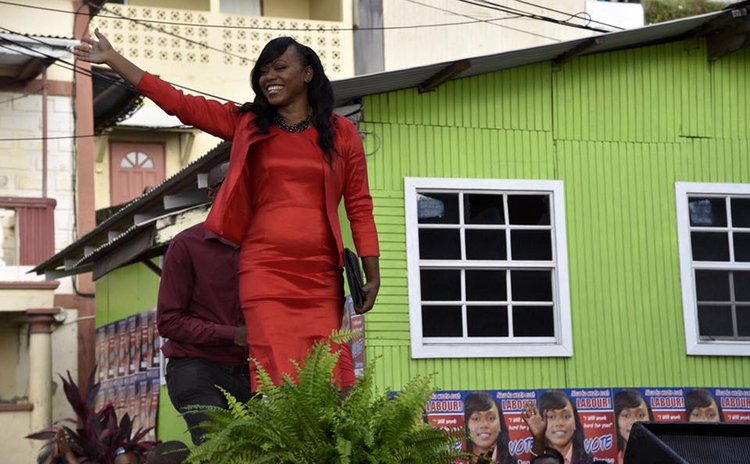 Anyone who denies or did not know that Roosevelt Skerrit- Not Denise Charles- would not win the Soufriere by- elections was either hiding under a rock in a Rip Van Wrinkle type of slumber at Champagne reef or was either lying to you or/and to themselves. During the short campaign in the south, in my view Sherrit's tone, temperament and arrogance suggested that he does not only hate his opponents but it also sent a clear message to his supporters to do so. It is clear that he does not only just oppose these people; he has strong feelings of disdain toward them.

Of course I would want to believe that there are still a few remaining "open-minded," "non-judgmental" Labour supporters who do not display reprehensible levels of ignorance and hate as well. But there's a difference – they comprise the fringe reaches of the Labour Party and they don't drive the Labour Party's decorum and behavior policy and protocol.

As for Ms. Denise Charles-please allow me to refer to her as Ms. Denise because I certainly don't want to confuse her with the lady who represents Grand bay with the same namesake who thinks that after breadfruit and mangoes the best thing that happened to Dominica is Skerrit as PM. That is the lady that her late PM husband-a good, humble and honest man- spent his adult life working for the dignity of ordinary Dominicans. I also don't want to confuse Ms. Denise with the camillion politician with the checkered past who now has the cushy job of President of Dominica. Also I don't want to diminish the life contributions of the other late PM, Dame Charles because she would exercise better judgment and not mix up Roosevelt Skerrit and his crew.

As a father of two beautiful teenage girls and on a night when the first woman- Mrs. Hillary Clinton- made history clinching the nomination of a major American political party for the Presidency, I must say congratulations to the 'SISTAH' from Pointe Michel on her victory. But is that girl-power all that way, Ms. Denise or is it something else? What are the circumstances and climate which allowed you to win and secured your victory long before the day of voting?

Also Ms. Denise will you address the circumstances under which you pal Mr. Pinard resigned as MP or are you under strict orders not to because the matter is before the courts. If so, would you speak to the issues of child abuse in any form or format that are occurring in the land? Now that the election is over and you (or is it Skerrit?) have won convincingly, do you plan to address or speak to this vexing issue during your tenure as an MP for Soufriere? If not, this will be a betrayal to our most vulnerable citizens and a colossal failure on your part. That is your first check point on your march towards making the Soufriere constituency great as you so eloquently remarked.

But congratulations to the 'SISTAH' and I must say with all due respect, she looked very progressive and professional in her red glittering business attire the other day when she accepted the nomination to contest the bye election. She is also well spoken, highly educated, and telegenic. But looks are sometimes very deceiving and all that glitters is not gold and sometimes danger is lurking around the bend. If she was my younger 'biological sister' I would go the end of the earth and give her all the love, affection, attention and encourage her to run as fast and as far away from Skerrit and his red Labour crew as humanly possible. This young debonair lady with a bright future should not get entangled with this Labour Party which is nothing but Skerrit's playground.

Well my only hope is that the long arm of the law, hindsight and bright lens of history will place this in clearer perspective in time. Until then Ms. Denise, just remember that many view your victory as having been laced with hate, a high concentration of arrogance and the seeds and plants of division. Nevertheless, if you can, please send an olive branch with no thorns to Mr. Linton and the opposition. Please convey to him in words and indeed, unlike Skerrit, that he is welcome in your constituency at anytime because like you- like me, he is 100% Dominican.

Reject Skerrit's politics of hate and division which is driven by fear and solidified by ignorance and arrogance Ms. Denise or should I say Hon. Denise- try to endorse and embrace the politics of unity, tolerance and goodwill. For God knows that Dominica needs all of it at this hour.

I wish you well.