Tickets to come home to vote

If you cannot stop overseas voters, how do you reduce their impact on the next general elections? 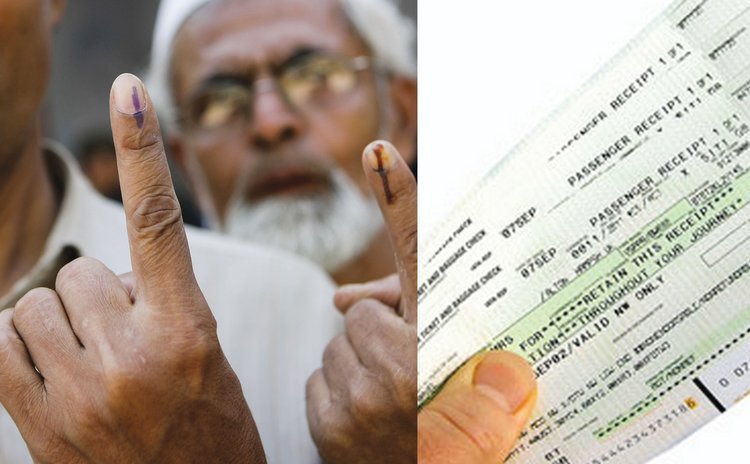 They've been hoping that, despite what the polls suggest, this would be the election that Lennox Linton and his United Workers Party (UWP) finally finish Labour as an electoral force and turn Roosevelt Skerrit into a spent force.

They've been counting on a cleaned electoral list, a new voters card and the Diaspora staying put to not only part the sea of red that follows the prime minister, but to turn the whole ocean blue.

However, with the government having already buried the idea of cleaning up the list or introducing voter ID cards, there's now a glaring admission – if not resignation – that Dominicans living abroad will once again make their votes felt.

Unless, Martin wrote, the opposition took concrete steps to stop Labour from gaining an unfair advantage by leaching the overseas votes. He recommended setting up "well-trained" teams in the various constituencies to conduct regular checks of the voter lists.

"This constant checking is vital as it provides the basis for challenging persons who present themselves as voters but cannot verify their residential address" he wrote in the email, whose recipients included the UWP leader, Lennox Linton and candidate, Thompson Fontaine.

Martin also recommended training "polling watchers", establishing four legal centres "so that trained legal people are no more than 20 minutes away" from the polling stations, and arranging media coverage so the world can see and hear the "unfolding events" on polling day.

"An important factor is to get all your voters out and to the polling stations and voting early," he added in his correspondence. "A full court press on these arrangements is vital alongside the on-going political campaign."

But getting Diaspora voters home is a vexing issue for the UWP which sees the DLP's strategy as electoral immorality and downright illegal.

Irwine Clare, a member of the board which advises the Jamaica government of Diaspora affairs, would not discuss the morality or legality of the practice , but said that simply going home to affect the election results wasn't in the best interest of oversea-based nationals.

"If people in the Diaspora feel that that is how they want to participate then they are running a significant danger…it doesn't serve them well," Clare, the managing director of the New York-based Caribbean Immigrant Services (CIS), an advocacy and consulting organization which assists Caribbean immigrants in attaining U.S. citizenship, told The Sun.

Labour has dismissed suggestions that giving "something for something" – purchasing plane tickets in exchange for votes - is bribery, using the ruling on the 2009 election petition as evidence.

"These allegations of bribery and many others were dismissed as wholly without merit and a fishing expedition," Darryl Titre, the press attaché in the prime minister's office, wrote in response to an article published by the Council of Hemispheric Affairs (COHA) in which it raised doubts about the integrity of the democratic institutions here.

One person who has observed elections in several Caribbean countries, while expressing concern about the Diaspora vote, was reluctant to describe the practice as bribery.

"The word bribery is strong since there is considerable trust involved. There is no way you can be sure a voter who comes in votes the way you want," said the person, who spoke on the usual condition of anonymity. "Can you also not say that a person who is given a T shirt is bribed? In Dominica, the Caribbean and even the UK, people are routinely driven to the polls by candidates and this is effectively a variation on a theme."

Not exactly, said the former chief justice of the Eastern Caribbean Supreme Court, Sir Brian Alleyne, who described the provision of transportation to get people to the polling stations as "facilitating voting". It would also be a different matter, he said, if a fund were established to facilitate voting generally and available unconditionally to people in the Diaspora.

"My opinion is that if a ticket is bought for a person on condition that he or she votes for a particular candidate or party then that's a gift to entice a voter and that is a bribe. And in my view that is a breach of the election law," Sir Brian told The Sun.

However, he admitted that bribery would be difficult to prove in the absence of hard evidence.

"In all legal matters proof is vital, you cannot just go with motive and (getting the) proof is difficult."

In the meantime Lennox Linton leads his party into an election having failed to convince the government to rectify what the opposition sees as an absurd injustice and a barrier to his aspirations.