Will the Colihaut Member of Parliament, Ronald Toulon, contest the next general election? Will Colihaut want him to run? Is it true he has decided against running? What has he done for Colihaut lately 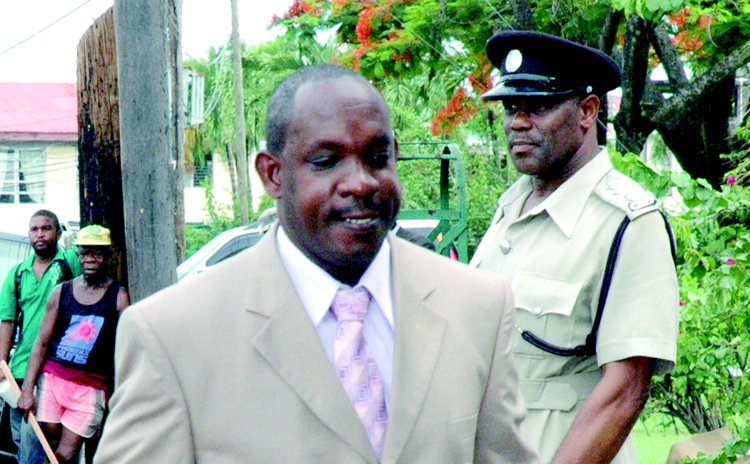 Let's not call this hiding.

"The thing is you don't hear anything about him."

But at best, you can describe his performance as halting.

"You don't hear anything the man is doing."

He has yet to experience a hiding (he won his seat comfortably in the last general election), but Ronald Toulon might be on a hiding to nothing.

A person familiar with the Colihaut MP has told The Sun that Toulon has been whispering that he did not plan to contest the next general election. However, according to this person, these utterances are Toulon's way of hiding a deeper truth.

"His problem is the people; the people don't like him," explained the person, who spoke to The Sun on condition of anonymity because of this person's close relationship with both Toulon and the most senior officials of the Dominica Labour Party (DLP).

According to the source, Toulon has claimed that he advised the party more than a year ago that he did not plan to run again, but that he would be willing to change his mind if it became necessary. And, by the look of things, it is necessary as of right now.

"He said they just cannot find somebody in Colihaut who is interested," said the person, who at one time considered a run on a DLP ticket in a different constituency. "I find that strange. This is the (Dominica) Labour Party, the dominant party in Dominica and they cannot find somebody…he said if it comes down to that he may run again but he has told the Labour Party he is not running again."

Contacted at his office at the Dominica Social Security, Toulon denied that he planned to quit. However, an interview which he scheduled with The Sun was not done because he did not take the call at the arranged time, nor did he respond to the more than two dozen subsequent attempts to reach him.

Told about the denial, the DLP source uttered something akin to an incredulous gasp.

"What? What? He tell you that's not true?" asked the person with palpable surprise.

On the repeated failure to reach the MP, the source suggested that Toulon was virtually hiding.

This is not to suggest that we are about to witness Toulon's political death, the source said. After all, this person indicated, the Colihaut MP faced a similar situation last election, yet he won handsomely, riding on Roosevelt Skerrit's coattails.

"Even in the last election, up to the last minute people were asking for someone else but he beat (DFP Candidate Herbert) Sabaroche badly on the back of the prime minister. The prime minister is loved there."

The MP might be performing haltingly, but let's not call this hiding.