Wesley's war is over

Labourites in Wesley say they have given up the fight; Athenia Benjamin will bat for the DLP against Ezekiel Bazil of the UWP 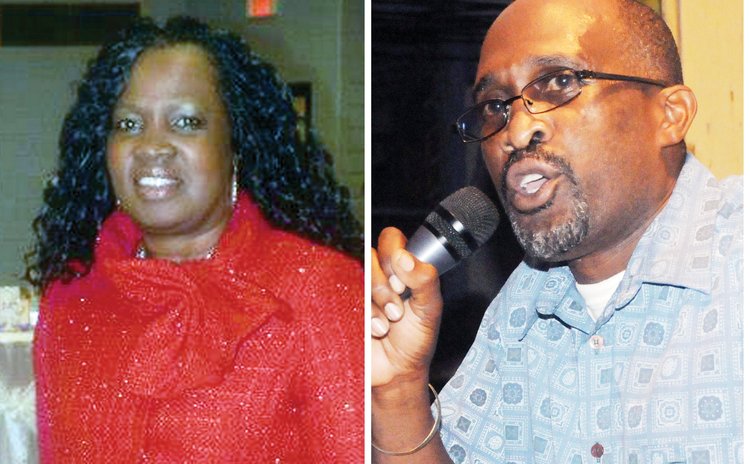 Although many members of the ruling Dominica Labour Party (DLP) from the Wesley constituency remain adamant that they do not want Athenia Benjamin to be their candidate at the up-coming general election, it appears that they have lost the battle and the war.

A DLP insider, who spoke to the Sun on the usual condition of anonymity because he was not authorised to speak publicly on the matter, said that "jump high, jump low, Benjamin will be the candidate for the DLP."

Meanwhile, another insider said the impasse between the Wesley DLP branch and the central executive was caused by the manner in which Benjamin tried to be their candidate.

"She approached the matter wrong; the people have the power and she tried to bulldoze her way to be the candidate and that is creating the stumbling block for her," the source said.

The SUN has learnt that the executive of the DLP sent a team to Wesley, comprising of ministers Ambrose George and Matthew Walter, on August 18 to try to speak to party supporters but that caused more "chaos."

"Trust me, they were roughly treated...it was a rough and hostile meeting because they came with an agenda, not wanting to hear us and saying that Athenia Benjamin would be the candidate and we said, hell no," the source said.

Another meeting, the source revealed, was held on August 28, 2014 with five top DLP members to examine the candidate issue; four out of the five persons at the meeting were in favour of Earl Grant and one for Benjamin.

"The constituency is in total shambles and this is a major part of the holdup why the date for the elections has not yet been announced. Wesley is the holdup, I can tell you that," the source said.

According to the source, another meeting was held on August 29 at Krazy Coconuts in Loubiere and "they returned and told us that they have done a poll and 62% favoured Benjamin, 19% Grant and 19% was undecided. But the people rubbished that. Grant walked out of the meeting which had Harley Henry present and he was trying his best to push the agenda of the Boss (Skerrit) but that did not hold at all."

In the past, Cleveland Dodds, chairperson of the DLP Wesley Constituency Association openly stated that the Association would not accept Benjamin as the DLP candidate for Wesley in "no way, shape or form."

But when the Sun contacted Dodds he said he did not want to be part of the matter anymore.

"I am displeased with the issue; I have even lost track, I no longer go to meetings, I have abstained from the matter. It's my party and so even if I am not pleased, I won't openly bash them," he said.

The source also stated that people were "angry with the big-man (Skerrit) and were pulling down posters and that money was given to Benjamin to campaign.

On her Facebook page, Benjamin has been displaying photographs of schools text books purchased from Jays Bookstore. In the post Benjamin says: "Educating our people is historically Labour…I am engaged in this process of providing school supplies to our students, compliments Labour."