Who can you trust? 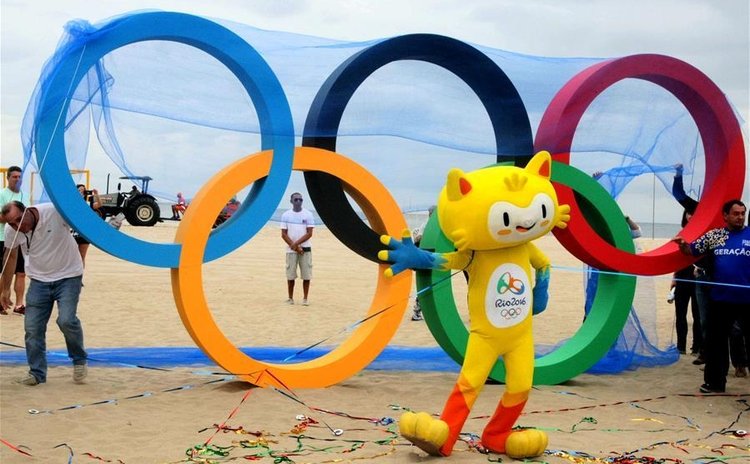 The ancient Olympic Games supposedly began in Greece in the year 776 BC and were staged every four years in the wooded valley of Olympia. They continued until the year 394 AD – an unbroken period of 1170 years. This meant that the Games had endured even under Roman rule after Greece was conquered by Rome. However, things had reached a point where relations between the rulers and the subject people had become so bitter that Emperor Theodosius decided to put an end to them. Such is the Ancient Olympic Games. Yet, there have persisted a number of tales and rumors of incidents which are said to have severely tarnished those Games invented to symbolize the beauty and wonders of the human spirit.

Rather obscure accounts intimate that one Roman Emperor, presumably Nero, entered an Olympic chariot race and the other contestants very discreetly avoided passing him! Such, even then, was the extent to which victory in the Games was cherished. Of course, the option of remaining alive seemed rather beyond price to Nero's opponents, and it is to be presumed there were other excesses transgressing the bounds of ethics in competition.

The modern Olympic Games were introduced on Sunday March 24th 1896, in Athens, Greece and have continued to be held every four years, with cessation only during the First and Second World Wars. The bond of friendship that the Games represent has been thought to be sacred to the international community – who looked down somewhat upon Adolph Hitler's behavior in leaving the Berlin Stadium in 1936 early rather than remaining to hand the medals and congratulate the American negro sprinter Jesse Owens who won the 100 metres, 200 metres, 4 x 100 metres relay and the long jump. It was too much for Hitler to swallow in wake of his pride being utterly shattered – having built his hopes on the young German team to be expressive of his policy of white race superiority. Please note the word "race" had only to do with genetics!

Eighty years after Hitler's bombastic behavior the world is greeted with the news that the World Anti-Doping Agency (WADA) now publicizes a damning report accusing Russia of engaging in a state sponsored and engineered programme of that country's premier athletes benefiting from a drug abuse system for which it has provided extensive cover up.

Among other things, what WADA, who is the Olympic authority on drug abuse in sport, is saying that extensive instances have occurred to the extent that drugs testing samples have been substituted to show Russian athletes clean for recent Olympic Games including London 2012.

Needless to say, the Russians deny all charges and they hold out that they are victims of western efforts to pull their sports programmes into disgrace. But, cheating in sports is nothing new whatever. As far back as the 1960's and 1970's there were cases of Olympic athletes from the Eastern European countries, all of whom sided en bloc in with Russia, being caught via laboratory tests in respect of having used steroids to enhance their performances. It was so bad that a number of countries took the course of withdrawing their entire weight lifting teams following positive tests against one or two of their athletes.

Since that time the work of the WADA has been extremely intensified and the procedure has shifted more directly to athletes having to be tested far more often, both in and out of competition. In fact, athletes are required to give specific information as to their whereabouts at all times. An inconvenience, one might say, but brought about because of the blatant dishonesty of athletes themselves – and now being alleged a state controlled operation.

To a great extent it is said the Americans have been at the centre of drug abuse sophistication. There are drugs to assist athletes to grow bigger and stronger muscles. Then, there are drugs taken to help cover up the banned substances used, in other words helping to mask detection of these substances. When Canadian sprinter Ben Johnson came in ahead of Carl Lewis in the 1988 Seoul100 metres my vivid impression was a disbelief on my part that a man so bulky in appearance could out sprint his more lithe and balanced opponent. The whole spectacle simply looked horribly incongruous! It did not amaze anyone that Johnson tested positive for use of a banned substance.

Sports at the highest level received a huge dent, and the big question is can we ever with a straight face accept the achievements of top athletes at face value. So we manage to harbor conviction, hopefully, that we aren't willing applauding a bunch of cheats climbing the podiums to receive medals and our acclaim?

When Ben Johnson was disgraced Carl Lewis was upgraded as the belated gold meddist. This can be regarded as justice, but, as has been said before, "Justice delayed is justice denied!" Our world, unfortunately, is so full of scoundrels too very capable of keeping an impassive facial expression while asking us to believe and swallow what is totally inadmissible. Alas, we have been told that the samples of the Russian athletes tested for drug abuse also showed up some male genetic material surfacing in female samples! There have been over 1,000 athletes alleged to have failed to conform to required drug testing criteria. Can there be further straining of credibility? Anything goes. Who can believe anyone anymore? Let's wait and see how things go from here.