Who will stop the complete dismantling of Mr. LeBlanc's legacy? 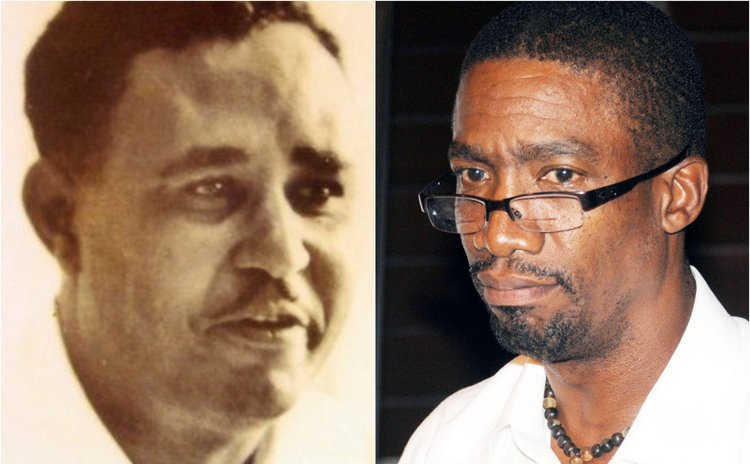 The recent E O. Leblanc Independence lecture by Justice Irving Andre in my opinion was one of the most illuminating national lectures I have heard. However, it was the comments and responses after a replay of the lecture on "Law on Q" that forced me to re-examine and reflect on the life and times of this great Dominican. This is so especially in a political season devoid of debate since those who rule don't feel obligated to do so. Dominican taxpayers, they say, are not the major financiers of their campaign.

I am no historian but on reviewing the life and times of E.O. LeBlanc I have concluded that the two most important aspects of his legacy were first, his commitment to instill in a battered and dehumanized people a sense of self-pride and self-worth. The second, no less important, was the individual ownership of at least "a little piece land". A clear indication to me that E.O. LeBlanc understood that ancient Pan-African tenet that "land is power to be protected and defended by any means necessary". These two goals combined could only result in fostering an independent spirit in his people.

I believe that it is because of his success in achieving these objectives that E.O. LeBlanc, and the then Labour Party, has etched a place in the hearts, minds and DNA of older Dominicans. It must also be the reason why the renegade Freedomites - Skerrit, Savarin, Alix-Boyd-Knights, Astaphan, McIntyre and others who had nothing to do with his principles would conveniently wear the" Labour" mask to establish a dependency syndrome that will keep them in power while they enrich themselves and destroy the PRIDE of DOMINICANS. It would be naïve not to consider as conspiracy the fact that younger Dominicans are so ignorant of E. O. LeBlanc's legacy. This instructive history of the life and times of E. O. LeBlanc is absent from our school curriculum! This is after 14 years of a so-called Labour Party regime that proudly boasts of its' (mis) education of the masses. Furthermore, no member of the Cabinet attended the lecture. Labar what?

I daresay that the significant dismantling of these two pillars of E. O. LeBlanc's legacy commenced with the parachuting of the ex-Freedomite Roosevelt Skerrit at the helm of "Labar Party" brand after the untimely death, in 2004, of Douglas- Charles. Though his defenders may dispute this, it would be downright hypocritical to deny that in the last ten years there has not been a significant and accelerated decline in both aspects of E. O. LeBlanc's legacy. We have largely become a seemingly helpless and dependent people. Our arable lands lie barren while unemployment is at an all-time high yet Skerrit celebrates his weekly corrupting "Red Clinic"! Begging has been elevated to an art with no shame or guilt. In a follow "the leader" type of trance, we depend on others to do for us want we can do for ourselves; we don't sacrifice for others anymore; indeed we sacrifice others to safeguard or well-being; no better example of "diabolical blood-sucking" exists. This "New Labar" leadership teaches and encourages followers to denigrate those they don't like or who differ from them regardless of achievements or commitment to this beautiful country. I must say that the adoption of this warped philosophy of the "divine" right to dehumanize and demonize because of difference is straight out of the "slave masters control or destroy manual". E. O. LeBlanc, and his team, must be turning in their graves since this is exactly the mindset they martyred to change. Some of us struggle daily to resist this mentality that says "Massa alone knows what is best for us while using us and hypocritically masquerading it as "Yes we care." This mindset prevalent in the Skerrit regime is, in my opinion, much worse than that which existed in the pre-LeBlanc era. Go listen to the lecture, read the history, or better yet, ask the elders in the land who in this election cycle struggle to explain and rationalize their continued allegiance to the "New Labar" brand.

Thank God some of us, because of E. O. LeBlanc's foresight on land ownership, do still own a 'little piece" of mostly inherited land. How many of us have bought land in the last ten years? A few have formalized squatted land but many have sold this important aspect of the legacy ignorant of the adage, no land, no power. I add 'no land, no agriculture. No agriculture, no income. No income, no independence". Without financial independence what will happen to those "little pieces of land" when subjected to this double assault of increasing psychological dependence coupled with the failure to economically empower people. No doubt, like any truly scientific process, those responsible for the assault know that the "little pieces of land" will have to be sold to their moneyed friends just to maintain the lifestyles that we have been encouraged to adopt.

In this election season, devoid of opportunity for debate, I am asking the educated class the major beneficiaries of E. O. LeBlanc's legacy to stand on behalf of Ma Dominique and the less fortunate. Let your voice and actions count. Do the right, be firm, be fair and for your children's sake advocate and vote for those capable of stopping, or better yet, reversing this deliberate dismantling of E. O. LeBlanc's NOBLE legacy.

May the spirits of the ancestors be pleased.