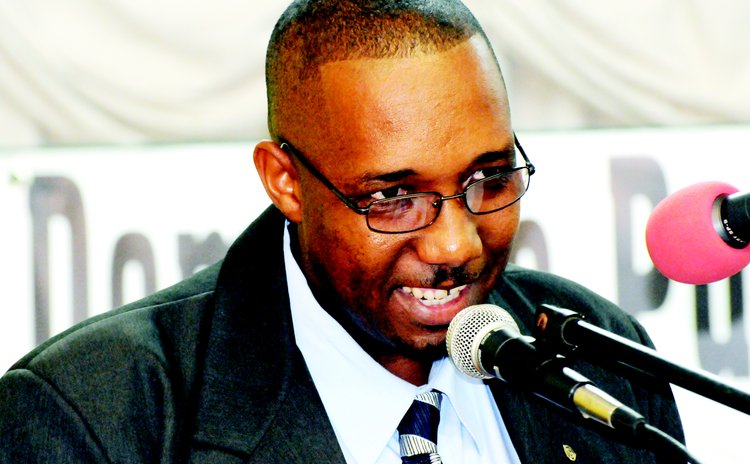 Steve Joseph, the President of the Dominica Public Service Union (DPSU) has not decided on how he will answer the call of the UWP to battle Reginald Austrie for the Cottage seat

It seems now like a done deal that a top union official will be on the slate of the opposition United Workers Party (UWP) for the upcoming general elections. That official is Steve Joseph, the President of the Dominica Public Service Union (DPSU). But Joseph is neither confirming nor denying the story.

"He is our man, he is the man for change, respected and once he is declared then I can tell you that the Cottage seat will be in hot water for the Dominica Labour Party (DLP)," a source told the SUN.

The source, who wished to remain anonymous, said Joseph is a "community man" who may attract the youth in that area to the UWP. He is a former president of the National Youth Council and has worked in the local government department; he is now attached to the office of Disaster Management (ODM).

Officials of the UWP were not prepared to say much on the matter; however, supporters of the UWP in the constituency who are familiar with the issue, say Joseph will be the candidate.

"They (the UWP) will not give you any information as to who the Cottage candidate will be; but it's a done deal and Steve Joseph will be their candidate for the upcoming general elections," the source stated.

Joseph was also non-committal on whether he will or will not contest the Cottage seat for the UWP.

"Nothing has been confirmed, I cannot confirm anything at this point in time…it is still being rumored at this time. I have been approached by all the political parties and my name have been branded around for the last 15 years. At some point, we will come out and make a statement on the matter. Presently, I am on vacation leave and as such, people are asking many questions, but top on my agenda is the anniversary of the DPSU and also the May Day events. So that is what has been on the front burner for me," he said.

He laughed when asked if he was going to be a candidate for the UWP in the upcoming general elections.

"I have always been very much interested in serving my people and I have not shied away from that and will do so in whatever capacity that presents itself so getting involved in politics is also part of that. Presently, I am not sure if I am inspired given all that is going around plus I have very young kids that I have to be mindful of in making a decision. At this point, I won't confirm or deny anything to you, but I will make up my mind at the matter sooner rather than later," Joseph stated.