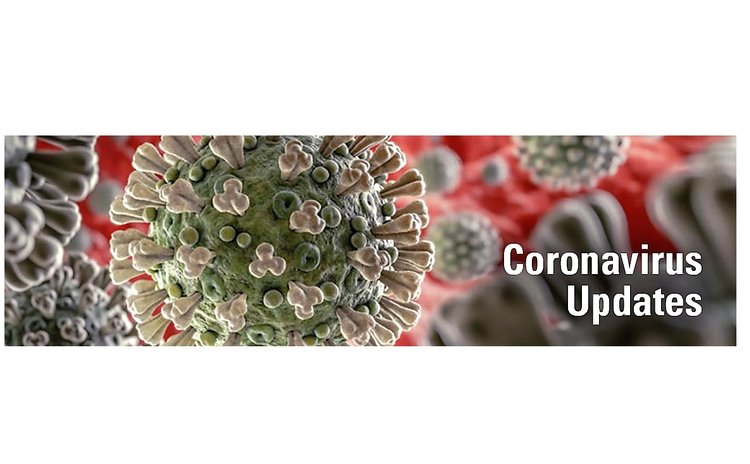 The government of Antigua and Barbuda is extending its coronavirus-fighting national lockdown by another week.

Official guidelines released by Maurice Merchant, the director-general of communications in the prime minister's office, said the 24-hour curfew, which was due to expire last night, would continue until midnight, of Wednesday,22 April 22.

"There will be no movement during the day by non-essential workers except for food and emergency supplies. Private vehicles are limited to two occupants," the guidelines stated.

Public transportation services are also allowed to operate during the curfew period from 6:00 a.m. to 7:00 p.m. "provided the operator of the public transport and the passengers wear a face mask/covering and the passengers are seated in a staggering formation with one person in every row that would normally accommodate two persons and no more than two persons in the back seat".

In addition, people will be allowed to "walk, jog, run, cycle or

perform any other physical activity which may lawfully be carried on" between 7:00 am and noon each day, provided they do so in an open field or on the side of a public road, and they practise physical distancing.

The number of people infected with coronavirus in Barbados continues to rise with two more positive tests.

The authorities in Bridgetown said the new cases are a 76-year-old man and a 59-year-old woman, both of whom had come into contact with a known case.

This brings the number of people to test positive for COVID-19 since 16 March to 75 – 38 females and 37 males. Their ages range from seven to 95, according to health officials.

Five people have died from the virus, 15 have recovered and have been released from isolation and 55 remain in isolation.

Twenty cases in 24 hours in Jamaica

There has been a dramatic rise in the number of confirmed COVID-19 cases in Jamaica, with the number of positive tests almost doubling in 48 hours.

The centre said the 20 additional confirmed cases include five males and 15 females, ranging in age from two to 43 years. It said two of the cases were imported and the other 18 were from a business process outsourcing site, Alorica, in the south eastern parish of St Catherine.

"This brings to 52, the number of confirmed cases working at Alorica," the centre revealed.

It said the health departments across the island were tracing approximately 432 close contacts of the confirmed cases.

The National Influenza Centre also reported that a fifth person has died from the virus - a 63-year-old female who died on Tuesday, 14 April.

This brings to 159, the number of positive cases in the French overseas department. No further information was given about the latest cases.

Seventeen people remain hospitalised with the virus, and eight have died since its onset, with another three suspicious deaths.

Meanwhile, the authorities in Guadeloupe said while there were no new cases today "epidemiological surveillance in the city shows that the virus is most likely circulating".

There are 145 confirmed cases in Guadeloupe, 68 of whom have recovered.

The authorities in St. Maarten have relaxed restriction measures somewhat, to allow residents to go shopping for food and other essential items.

The prime minister, Silveria Jacobs, announced last night that supermarkets and grocery stores, bakeries, banks, petrol stations and pharmacies would open today and again tomorrow from 8:00am to 6:00pm, but must observe strict social distancing guidelines. In order to complete their shopping, the public is allowed to be on the road from 7:30am to 8:00pm

Come next week it's expected that the shopping period will be extended to Mondays, Wednesdays and Fridays.

Meantime, the prime minister has announced a lifting of the ban on the sale of alcohol. The ban was imposed after supermarkets complained that consumers had been ordering alcohol when the delivery system was implemented, making it difficult for the retailers to fulfil orders for essential grocery items.

The announcement of the limited relaxation of the restrictions came as the Dutch territory confirmed four additional COVID-19 cases, bringing the total number of infected people to 57.

Even as it continues to stress that COVID-19 remains a threat, St. Lucia's ministry of health today announced the reopening of outpatient clinics at its main health institution, the Owen King EU Hospital, effective Monday, 20 April.

However, it said due to the adherence of physical distancing, visits will only be conducted by scheduled appointments.

"Absolutely no evening visiting hours are allowed until further notice," the ministry said.

Outpatient clinics at the Saint Lucia National Mental Wellness Centre will reopen, but from Tuesday.

St. Lucia currently has 15 confirmed COVID-19 cases. The island remains on a ten-hour curfew from 7 p.m. to 5 a.m.

Brazilian president, Jair Bolsonaro, has fired his health minister, Luiz Mandetta, with whom he has feuded over the coronavirus pandemic.

"I have just received notice of my dismissal from President Jair Bolsonaro. I would like to say thank you for the opportunity that was given to me, to manage our health service … and to plan our fight against the coronavirus epidemic, this great challenge that our health system is about to face," Mandetta tweeted today.

The former health minister has defended social isolation Bolsonaro insists the impact of the pandemic on Brazil's struggling economy is more important than loss of life.

The president has repeatedly downplayed coronavirus, and his call for the country to relax quarantine measures and get back to work has sparked nightly pot-banging protests in major cities.