CARICOM struggles over issue of testing tourists for COVID-19 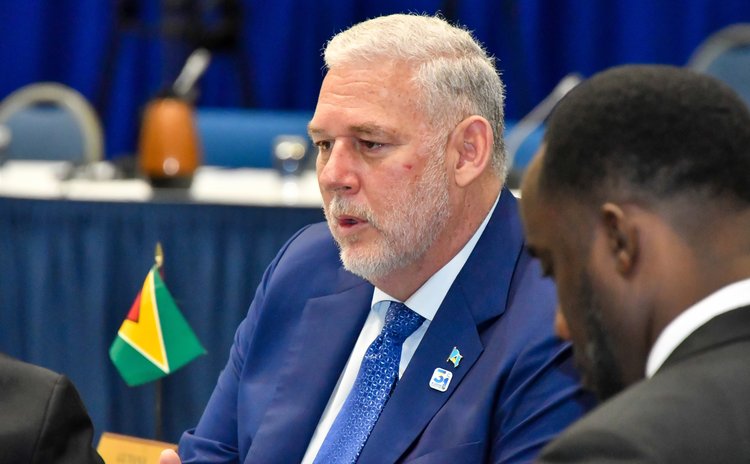 In the last week or so, the Bahamas and Jamaica joined their Caribbean Community (CARICOM) sister nations Antigua and Barbuda and St. Lucia in announcing the reopening of their borders to international travel. While both Antigua and St. Lucia have already done so, Jamaica will begin receiving tourists from 15 June and the Bahamas from 1 July.

Each of these countries have produced their own protocols – several pages long – to guide the reopening. And while there are many similarities among these plans – the wearing for facemasks in public, maintaining physical distancing guidelines, enhanced cleaning of hotels and resorts, for example – what remains evident is that for the most part, they're struggling with the issue of testing.

Antigua, which received its first flight on 4 June – an American Airlines scheduled service from Miami – shifted from requiring proof of COVID-free status before boarding and 14-day quarantine upon arrival, to testing upon arrival and no quarantine, to health declaration forms, thermal checks and the possibility of rapid antigen tests at their hotel.

In Jamaica's case, the prime minister, Andrew Holness, announced at a news conference on Sunday night, 31 May there would be no pretesting or quarantining of visitors but there would be provisions for those who wished to be tested voluntarily. By the following this position had morphed into testing upon arrival with a 24-hour quarantine at the hotel pending the result of the COVID-19 test. Those with positive test results would be quarantined for 14 days at their expense and be unable to leave the country if their holiday was scheduled to be shorter than 14 days.

In each case, these countries, along with the Bahamas where visitors will receive temperature screenings upon arrival, have chosen to go it alone with their protocols, ignoring a decision taken at a CARICOM heads of government meeting on 5 May to have the Caribbean Public Health Agency (CARPHA) develop a regional health policy to guide member states through and after COVID-19. The proposed policy aligns with and will integrate the travellers health policy, the CARICOM leaders agreed.

The Sun obtained a copy of the CARPHA proposals presented to the leaders but which have been awaiting approval for at least two weeks. Among the recommendations are proof of negative polymerase chain reaction (PCR) tests for travellers and frontline workers and a 14-day quarantine period for visitors who were in a controlled environment

"These measures are intended to fortify the region against current and future threats," CARPHA said in the document.

Importantly, CARPHA, which made a presentation at the heads meeting on 5 May, also strongly recommended that the Caribbean countries first open to intra-regional travel and returning citizens before allowing international tourists to visit. The University of the West Indies and the Caribbean Disaster Emergency Management Agency also offered recommendations for common public health policy at that meeting. "The recommendations included parameters for the easing of restrictions in Member States that would allow for a re-opening in phases. The recommendations also included suggested criteria for a protocol on the re-opening of airports for intra-regional travel," stated a release from the CARICOM secretariat following the talks.

Oliver Joseph, Grenada's minister with responsibility for CARICOM, later confirmed that the intention was to begin with travel from within the region.

"What we are discussing is to first allow regional travel, that is travel within the islands such as travel between Grenada and Trinidad or between Trinidad and Barbados, we are not looking at having international carriers come to the island yet," said Joseph, who had chaired the 50th Meeting of CARICOM's Council for Trade and Economic Development.

This clearly was not the route taken by Antigua or St. Lucia, both of which made it clear they would only accept visitors from the United States, the world's worst hit COVID country.

However, the flight which landed in Antigua on Thursday night had just a "sprinkling of visitors heading to hotels", according to the minutes of a cabinet meeting held three days before the flight was scheduled. And, several sources in Castries have told The Sun that a comedy of errors surrounding testing of potential visitors have led to the cancellation of the flight to St. Lucia which was scheduled for 7 June. Furthermore, one media report quoted a senior tourism ministry as saying there would be no commercial flights at all this month.

It's a stunning embarrassment for the Allen Chastanet government, which was the first out of the blocks to boast that it would reopen its borders, for it was Chastanet who was charged by the CARICOM leaders to hold discussions with tourism stakeholders before finalising "a common protocol for the re-opening of regional airports to flights from selected third countries".

It also exposes the risk of going it alone, something Vincent Vanderpool-Wallace, the former secretary general of the Barbados-based Caribbean Tourism Organization, and a former minister of tourism for the Bahamas, said would be self-defeating.

"We are dealing with the most litigious people in the world and we have to ensure that what we are putting forward is something that they understand very clearly what they are signing on to do and minimising any possibility that we are going to find ourselves with legal issues to be addressed . . . We don't want to have people coming and worried that they are going to be sued if anything goes awry," he told a webinar late last week.