No cause for alarm, says Cayman premier; Cuba approaches 1950 cases 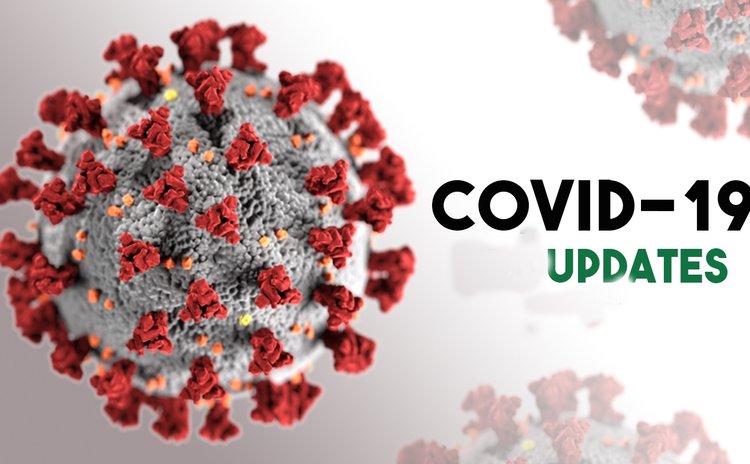 The number of people in the Bahamas known to have contracted COVID-19 has reached 100, with the confirmation of three cases.

None of the three had a travel history and all three are in home-isolation, the ministry of health said in a release on Saturday.

"Investigations of these new cases are ongoing, and health officials continue to follow the condition of the other current COVID-19 positive cases," the release stated.

New Providence, where the capital, Nassau is located, is the worst affected of the islands with 78 confirmed cases, followed by the island of Bimini with 13. There are eight known cases in Grand Bahama and one in Cat Cay.

The authorities in Bermuda are battling to control COVID-19 infection levels in rest homes after all three cases confirmed on Friday came from a single home.

"Unfortunately, today's three positive results came from the rest home testing programme, and were all in one rest home. Public health action is under way to contain and manage the situation," the health ministry said in a release at the end of the day on Friday.

By Saturday evening there were an additional five cases in the British territory – none in rest homes, bringing the overall total to 133 confirmed cases.

Of the five positive results on Saturday, two were imported, one was a case of local transmission and the source of the other two was under investigation.

Entertainment and accommodation facilities are among businesses to remain temporarily closed in the British Virgin Islands, according to a release from the premier's office of Friday.

"This is to allow for the development of the necessary safe distancing protocols needed to control, suppress and prevent the spread of COVID-19 and to protect all persons in the territory," it said.

All other businesses and establishments in the BVI are allowed to operate between 6am. and 7pm provided that they have been inspected, approved and certified by the social distancing task force.

No cause for alarm, says Cayman premier

Double-digit rises in positive test results are no cause for alarm, Cayman Islands premier, Alden McLaughlin, has assured.

This was the first time the country, which has relaxed some restrictions, had registered double-digit increases.

However, McLaughlin said with the number of screening tests rising, more positive results were expected.

"There is no spike. There are no clusters being discovered. In fact, … not one person has turned up at a clinic or hospital with COVID-19 symptoms since 27 April. And there are no sick persons in hospital sick with COVID-19," the premier said.

While there was "widespread community transmission of the virus", across various demographics in the three islands, "it is not by any means rampant, the numbers are very, very small," he added.

Six new cases of coronavirus were confirmed in Cuba yesterday, bringing the number of known infections to 1,947 in the country.

All six – three women and three men between the ages of 40 and 60 - were Cuban, according to Granma, the Communist Party's official organ.

It said five of the six were contacts of confirmed cases, while the source of infection of the other person was not specified.

"Passengers wishing to utilise these services must wear facemasks, present identification upon purchasing tickets and boarding the ferry, submit to hand sanitisation and temperature checks and follow the social distancing guidelines by observing the markers for the queue and seating arrangements within the cabin, the GIS release stated.

Guadeloupe yesterday reported five new cases in the last two days, all of whom had arrived in the country with the virus.

"These are people who arrived from mainland France and Guyana who were tested on their arrival," the regional public health authority, agence régionale de santé (ARS) said in an update.

ARS said the authorities had contacted all five and alternative accommodation had been available "if necessary".

It said they all had to comply with the instructions and not put anyone around them at risk.

The latest confirmations bring to 161 the number of known cases in the French Caribbean department.

His death brings to 14 the number of people who have died from COVID-19 in Guadeloupe.

Nearly half of the people in Guyana who have contracted coronavirus have recovered, according to the public health ministry.

The department of public information said in a release on Saturday that an additional four people had been cleared, bringing the number of recoveries to 62.

However, with an additional eight people having tested positive for the virus, the number of confirmed cases in Guyana now stand at 135, inclusive of ten deaths.

Health officials in Jamaica are reporting a 38 per cent recovery rate from COVID-19.The health ministry said in a release late yesterday that 11 more patients had been discharged from isolation in the past 24 hours, bringing the total number of people recovered and released to 211.

With two new samples having tested positive, the number of confirmed cases in Jamaica rose to 552, including 332 active cases.

After six weeks of waiting, the Dutch Caribbean island of Saba has reported its third COVID-19 case.

In making the announcement during a broadcast on Friday night, the governor, Jonathan Johnson, confirmed that the individual was the very person who was expected to be named as the island's first case on last month

The person, now confirmed to be male, was flown out on a medevac emergency to St, Maarten on 11 April suffering with a severe case of pneumonia.

As the approximately 1900 residents awaited confirmation of his infection at the time, Johnson surprised everyone by announcing that a different person had been confirmed as the first case. A second person subsequently tested positive.

In his address last Friday night, the governor said the results had finally come in and the man had indeed tested positive for the virus, although he has since recovered.

"I would like to reiterate that because this was a suspected cases, measures were taken as if he were a COVID-19 patient, including the quarantining and testing of all close contacts. In addition to this the patient was quarantined for 14 days upon return to the island and tested negative for the virus before being released. Therefore, while the number of cases stands at three, we currently have no active cases on the island," Johnson said.

No new cases in 11 days in St. Maarten

As of the end of the day on Saturday, St. Maarten had gone 11 days without a single new case and only one in 24 days, the prime minister, Silveria Jacobs revealed.

"Up to today we have had, in the past 11 days, no new positive cases and before that 13 days with no new positive cases. We have just had one case in the past 24 days. So, we are very grateful and thankful for these negative results as we move forward, but it is a positive result for St. Maarten and that is why we have not stopped our de-escalation plan," Jacobs said in her weekend briefing on Saturday night.

She said all COVID-19 patients had been released from the St. Maarten Medi­cal Centre and of the three active cases in the country, two were in government's isolation facility and one was recovering at home.

Meanwhile, the secretary general St. Maarten in the ministry of tourism, economic affairs, transport and telecommunication, Miguel de Weever said the relevant indicators would first have to be established before the country opens its borders to certain countries.

De Weever said the plan was to first open to COVID-19-free countries such as the neighbouring islands of Saba, St. Eustatius, and possibly St. Barths, Anguilla, Curaçao, Bonaire and eventually Aruba.

However, he assured that the authorities would monitor the situation in these countries and to determine whether they had allowed people to enter their destinations from countries to which St. Maarten was not yet open.

"And once we have established those criteria, then we will be able to do regular monitoring as we move forward in determining what countries in specifically in Europe, the US and Canada [we will open to]. That will be the phased approach," he said.

The Spanish government is planning to life the two-week coronavirus quarantine requirement for overseas arrivals on 1July.

The decision was taken at an inter-ministerial meeting held today via video conference call, the Spanish-language daily, El Pais, reported.

Since May 15, the Spanish health ministry has required travelers arriving from outside the country to remain isolated for 14 days. The government had said that the measures would be scrapped once the state of alarm was lifted.

"The most difficult part [of the coronavirus crisis] is behind us. From July we will gradually reactivate international tourism, we will lift the quarantine and ensure safe health conditions," El Pais quoted the foreign minister, Arancha González, as posting on Twitter today.

Spain normally attracts 80 million tourists a year, with the sector providing more than 12 per cent of the country's GDP.

Meantime, several airlines including EasyJet, Jet2 and Ryanair have announced that they plan to resume flights and holidays soon.

Easyjet will be resuming flights from 22 airports across Europe from 15 June, as well as regional flights across the UK. But there will only be one international flight from the UK - from Gatwick to Nice in France.

Jet2 is planning to resume full services from 1 July, and will fly to several Spanish and Italian destinations, before opening up to Greece and Croatia later in the year.