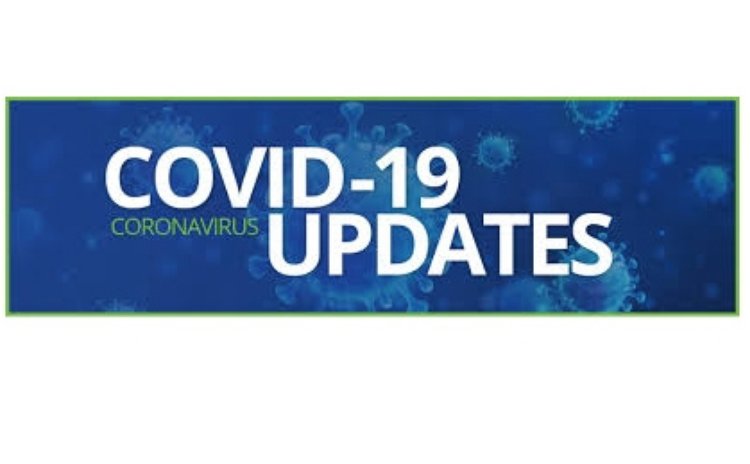 The Bahamas' experience with the coronavirus, coupled with Hurricane Dorian, will force it to make important structural changes, the prime minister, Hubert Minnis said.

Speaking at a virtual symposium, Minnis said these changes will begin with the "mandatory full digitization" of the country at every level, according to a release from the prime minister's office.

As part of the response to the COVID-19 crisis, the Minnis government has appointed an economic recovery committee which has been charged with delivering a position on the current state of the economy, inclusive of immediate fixes and mitigation initiatives.

Over time, the committee will present a bold vision for a modern Bahamian economy that is resilient, dynamic, inclusive and sustainable, said the prime minister.

Up until the end of the day yesterday there were 97 confirmed cases of COVID-19 in the Bahamas, with no new cases reported yesterday, Merceline Dahl-Regis, the coordinator of COVID-19 task force said at a press conference.

Cuba's public health reported that at the end of the day yesterday there were eight now cases of COVID-19, bringing the overall total to 1916.

According to Granma, the official newspaper of the Communist Party, all eight were Cuban and all were contacts of confirmed cases.

As of the close of business yesterday, there were 669 patients under epidemiological clinical surveillance in hospital and another 1,790 in home isolation, Granma reported.

The emergency measures in place in Guyana do not slow the COVID-19 transmission rate, according to data released by the public health ministry.

In an update yesterday evening, the director of primary health care, Dr. Ertenisa Hamilton, said 69 of the 127 COVID-19 cases in Guyana were detected and confirmed during the first cycle of the emergency measures which ran from 3 April to 4 May.

The second cycle of emergency measures took effect on 4 May, and as of 16 May the authorities had confirmed an additional 23 new cases, the department of public information today quoted Hamilton as saying.

The senior health official said the ministry was worried about growing numbers even as the entire country remained under curfew, and people were being asked to wear facemasks, practice social distancing and other safety guidelines.

Over 530 cases and counting in Jamaica

The number of confirmed COVID-19 cases in Jamaica has risen to 534 with the receipt yesterday of five new positive test results.

A release from the health ministry said two of the new confirmed cases were from the group of repatriated citizens who arrived from the United Kingdom on Wednesday, 7 May. The remaining three are under investigation, it said.

Meanwhile, the ministry said ten additional patients have recovered from the virus, pushing the total number of recoveries to 181.

As of midnight tonight, the weekend lockdown imposed on Montserratians as part of the efforts to curb COVID-19 will be a thing of the past.

The end of the lockdown begins the second phase of the reopening of the economy, which means the easing of several other restrictions.

From tomorrow, the approximately 5,000 residents of the British territory will be able to shop in retail stores and visit restaurants and cook for take-away meals, according to a joint release from the government's information unit and the tourism division.

In addition, construction activities will resume and immediately family members of residents of care homes will be able visit these homes. However, an 8pm to 5am curfew will be imposed, and air and sea borders, schools, hairdressers and barbershops and bars remain closed.

There are no active cases of coronavirus in Montserrat, with all eleven previously confirmed cases having recovered from the virus.

All 25 Vincentian Disney Cruise Lines workers who were retuned to the country on Wednesday, 20 May, have tested negative for COVID-19, health officials said.

According to the National Emergency Management Organisation, although test results received yesterday proved negative, the entire group will continue their quarantine in a government approved facility for the entire 14-day period "in keeping with the established quarantine protocols which refer to compliance with the conditions of quarantine".

"At the end of the quarantine period, a determination will be made on whether or not a second PCR [polymerase chain reaction] COVID-19 test will be conducted on any crew member," it said in a release.

St. Vincent and the Grenadines have confirmed 18 cases of the respiratory illness and has not had a new positive case since 19 May.

Bars and restaurants in USVI to reopen

The people of the United States Virgin Islands will be able to eat and drink out again from next week.

Governor Albert Bryan Jr. said in a briefing last evening that bars and restaurants will be permitted to receive patrons from Tuesday, 26 May, under certain conditions.

"Restaurants can offer dine-in service at 50 per cent capacity or 50 customers, whichever is less. They also must place tables at least six feet apart and not accept parties any larger than six people, and bars also must space barstools six feet apart," a release from the governor's office said.

All servers and other employees of bars and restaurants must wear facial coverings, and the establishments must provide proper hygiene and sanitisation stations for employees and patrons, the governor stressed.

"We will be putting out more specific guidelines in the executive order this weekend, but generally our guidelines follow those of the CDC [Centres for Disease Control and Prevention] and the National Restaurant Association," Bryan was quoted as saying. "By opening prior to our relaxation of the leisure travel restrictions, we hope to give these establishments an opportunity to properly outfit their establishments and to recall their staff to prepare for the return of visitors to the territory."

The USVI has confirmed 69 cases of COVID-19, 61 of whom have recovered, with six fatalities.

People arriving in the United Kingdom from 8 June will have to undergo a two-week quarantine, the home secretary, Priti Patel, announced today.

Those who breach the measure will face £1,000 fixed penalty notice in England, or prosecution with an unlimited fine, Patel said. Devolved nations can set out their own enforcement approaches.

Passengers will have to fill in a form providing their contact and travel information so they can be traced if infections arise, and they could be contacted regularly during the 14 days and face random checks from public health authorities to ensure their compliance.

Germany has announced a series of reforms of the meat industry, including a ban on the use of subcontractors and fines of €30,000 for companies breaching labour regulations as it seeks to curb a rise in the number of infections in slaughterhouses.

Several meat plants across the country have temporarily closed after hundreds of workers tested positive for COVID-19 in recent weeks.

In Spain, the number of deaths has remained under 100 for the sixth consecutive day, the latest health ministry figures indicate.