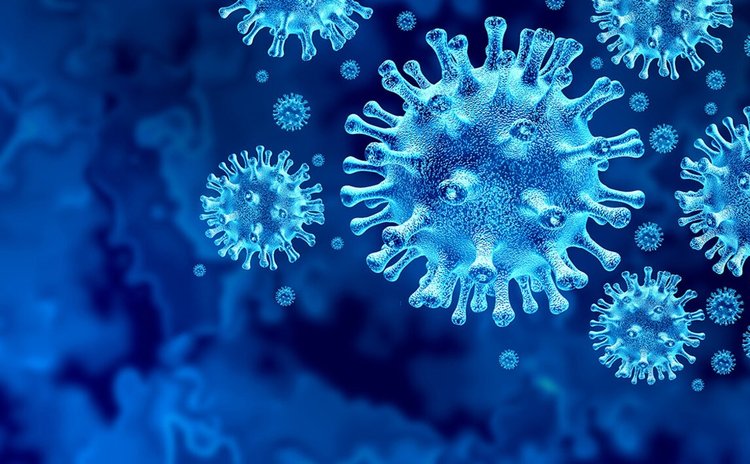 Of the 46 cases, there are seven in Grand Bahama, 38 in New Providence and one in Bimini. The death toll remains at eight.

The ministry said three of the four new cases – ages 25, 29 and 58 – have been hospitalised, while the fourth, 49, is in home isolation. None had a history of travel.

Barbados reported an additional case of COVID-19 on Saturday, bringing the number of positive cases to 68. The government in Bridgetown said a 53-year-old Barbadian female, who returned from abroad on 11 March, was the only infected out of 11 tests done by on Friday.

A day earlier the authorities reported the death of a fourth person from COVID-19.

According to the ministry of health and wellness the deceased was a 57-year-old diabetic female, who was infected by a known case who had travelled abroad.

She is the first woman and youngest person to succumb to the viral illness, so far. The first three victims were all male, and ranged in age from 74 to 95.

The public health laboratory has tested 747 people to date. Fifty-three remain in isolation and 11 have recovered.

Meantime, the prime minister, Mia Mottley, announced late Saturday that the current lockdown will extend through to 3 May, and that schools will remained closed at least until that date.

Mottley also hinted at the postponement of the common entrance exams, stating that a deferred date will be agreed with teachers, principals and trade unions.

Jamaica now has 69 confirmed cases of COVID-19 – ranging in age from 12 to 87 - with the addition of four new cases announced on Saturday.

Three of the four – ages 46, 52 and 73 – all from the west-central parish of Manchester, have had contact with a confirmed case, according to the ministry of health. The fourth, a 19-year-old from the southern parish of Clarendon, is under investigation.

The ministry said 13 cases under investigation have been traced to seven individuals who have given no history of travel or contact with a confirmed case.

The full shutdown takes effect from midnight Sunday through to Monday 20 April, "unless the government decides otherwise". Only medical services, pharmacies and morticians will be allowed to operate during this seven-day complete shutdown, the government said.

"Therefore, supermarkets, bakeries, money transfer services and banks will be closed during this period," it said in a statement.

Ahead of the shutdown residents were allowed two days of shopping, which ends at 5:00 p.m. on Sunday, 12 April.

The government also said it would extend the curfew currently in place until Thursday April 30, stressing that during the period of curfew only some essential services and businesses will be permitted to provide service, and the hours of service would also be reduced.

A ninth person has died from coronavirus in St. Maarten, where 5- people have tested positive.

The prime minister, Silveria Jacobs revealed that of the 50 positive cases, one remains hospitalised. There are 133 in self- quarantine and 202 in self-isolation, while five have recovered fully.

Jacobs warned in an address on Friday evening that the two-week shutdown introduced to stem the spread of the highly infectious virus would likely be extended.

"I will not open up as yet. I want two weeks of the shutdown to be effective and if necessary, and we can ensure that everyone can eat, and everyone is safe inside over the next two weeks and we have not yet isolated enough persons, of course it will have to be extended. So, I am asking you to be patient," she said.

The prime minister said she would announce how the country will move in coming week.

Number of COVID cases in St. Martin rises to 15

One new coronavirus case was confirmed on St. Martin on Saturday, according to the regional health authority, Agence régionale de santé (ARS), bringing the number of active cases to 15, with two deaths.

The latest case has been transferred to the University Hospital in Guadeloupe, ARS said.

The health agency also reported the number of people who recovered has risen by two to 13, while five patients in hospital -two in St. Martin and three in Guadeloupe - and 10 are in self-isolation.

Leaders of Grenada and St. Vincent in border row over COVID

The leaders of Windward Islands neighbours Grenada and St. Vincent and the Grenadines are engaged in a public row over COVID-19.

The Grenadian prime minister, Keith Mitchell on Saturday accused his Vincentian counterpart, Ralph Gonsalves, of trying to entice Grenadians to break the law by inviting Grenadians to leave the state to seek supplies in St Vincent and the Grenadines.

"It is alarming that our citizens will be called upon to break the law by the leader of another country. It is a grossly irresponsible action that has the potential for not only legal consequences but also pose a significant threat to public health and public safety," Mitchell said in a statement.

Mitchell is peeved that Gonsalves apparently ignored the fact that all of Grenada, including its Grenadine islands, Carriacou and Petite Martinique, are on lockdown due to coronavirus, by inviting residents of the two islands to travel to St. Vincent for supplies if they have trouble getting supplies at home.

"I want to say to the people of Carriacou and Petite Martinique that if you are having difficulties getting food, we can help because we have a lot of it in Union Island and you can get to Union Island. I want to tell our brothers and sisters that," the Vincentian leader said on Friday at a ceremony to receive Covid-19 rapid test kits from Venezuela.

"If you want to get cooking gas, we can help you, but let us do it in a structured and organized manner," Gonsalves added.

It was an apparent jibe at Mitchell, who on 6 April expressed concerns that St. Vincent's borders remain open during the COVID pandemic, complaining that it posed a public health threat to the people of Carriacou and Petite Martinique.

"We have to protect our brothers and sisters in Carriacou and Petite Martinique from what is taking place in the Grenadines at this particular time," the Grenadian leader had said. "A lot of people get food stuff from St. Vincent and therefore, one has to be careful. The borders between St. Vincent, The Grenadines and Petite Martinique is almost open. The Commissioner and his people would have to be doing a lot more work."

Both Carriacou and Petite Martinique are part of tri-island state of Grenada, but share the archipelago of islands and cays known as the Grenadines, most of which belongs to St. Vincent.

The tiny Dutch Caribbean island of Saba has confirmed its first case of COVID-19.

In a statement on Saturday night, the authorities said the person, whose name, sex or age was not revealed, "is considered a local transmission as this person has no travel history" within the past weeks.

"This indicates that the virus has already been introduced to the island community and it is possible that more cases could follow," the governor, Jonathan Johnson said in a statement on the government's Facebook page.

"Despite all of the precautionary measures taken, this evening I have to inform you, that one of the three tests taken has returned as positive. Unfortunately, this means that we now have COVID-19 on the island," the statement said, adding that the patient is experiencing mild symptoms and is doing well.

According to the authorities, the results of two additional tests are pending, none of which is that of a person, who mere hours earlier, was believed to have been the island's first case.

That resident, whose name, age or sex was also not revealed, is suffering with a severe case of pneumonia and was flown out on a medevac emergency to St, Maarten where the individual was admitted to the St. Maarten Medical Centre.

Johnson said in a statement on Saturday that a first test carried out on the person was inconclusive, therefore a second test has been done and the results are pending.

Because of the new development, the government has declared a two-week mandatory lockdown as of midnight Saturday.

"This new measure is being taken to ensure your safety and the health of our community. We know that this may be inconvenient but it is necessary that we take these measures to ensure that we contain the spread of this virus," the government statement said. Everyone who might have had close contact with the positive case is being contacted and will be tested and placed in mandatory quarantine.

Earlier today, the non-profit Saba Health Care Foundation announced that it had closed the A.M. Edwards Medical Centre to all visitors "due to the first suspected case of COVID-19 on island", a reference to the person with pneumonia.

"We know this is a difficult time at the moment and thank the community for their understanding," it said.

In his statement on Saturday, Johnson reminded the population of the closure of the medical facility and asked those with respiratory problems to ring the hospital to discuss the next course of action.

Saba, a five square mile island, is the smallest special municipality of the Netherlands and has a population of approximately 1900 people.

An 18-year-old male is the latest confirmed case of COVID-19 in St. Lucia, bringing the number of positive cases to 15.

The ministry of health said the teen - the only one of 24 samples tested to return positive – is a close contact of a previously confirmed case.

"He was initially placed in home quarantine and upon developing symptoms was taken in for testing and isolated. Contact tracing for this case is on-going," it said. There are currently 32 people in quarantine and 19 in isolation. There are no deaths associated with the virus.

The ministry of health in Trinidad said that three additional people who had gone on a cruise have tested positive for coronavirus. This brings the number of positive cases to 112 from the 1102 people tested.

The latest positive cases mean 52 of the 68 people who were on the cruise have now tested positive for the highly contagious virus. Of these 49 returned home together and the remaining three travelled back separately.

As of Saturday afternoon there were eight COVID related deaths, according to the ministry of health.

More than 2000 COVID deaths in one day in the US

The United States has the unenviable record of becoming the first country ever to record more than 2,000 deaths from coronavirus in a single day.

So far the country has more than half a million confirmed infections, with the worst-it cities including New York, Detroit, Louisiana and the capital, Washington DC. Meanwhile, Spain has seen some hope of stabilisation after a third consecutive fall in the daily death toll.

However, the prime minister, Pedro Sánchez, has suggested another month of movement controls were likely, although some non-essential workers will be allowed to start returning to their jobs, for example, in factories and construction sites, from next week.

In the UK, the health secretary, Matt Hancock, has revealed that 19 health workers have died after contracting coronavirus.

Hancock has been facing a backlash over his request that National Health Scheme staff do not overuse protective equipment.

Hancock said on Saturday he was unaware of any link between the deaths and a lack of personal protective equipment but an investigation would be carried out into the extent to which health workers had caught the virus on the frontline.

The total number of people who have died in UK hospital with the virus has reached 9,875.