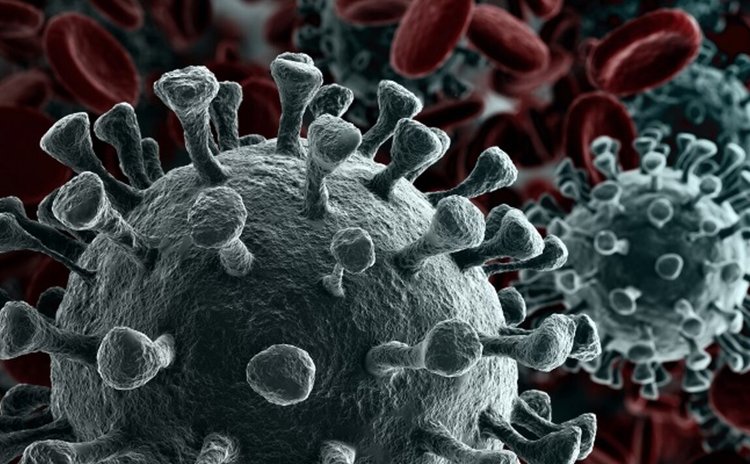 Two more people were declared free of COVID-19 and released from isolation yesterday, after testing negative for the virus twice, according to health officials in Barbados. The two newly recovered cases bring the number of recoveries to 13

Meanwhile, one more Barbadian tested positive. The new case is an 84-year-old Barbadian woman, who had contact with a known case who travelled abroad.

Barbados has recorded 72 positive cases of COVID-19 out of 839 tests done since 11 February, the statistics show. The number of deaths remains at four.

Belize has confirmed four new COVID-19 cases in a 24-hour period, bringing the total number of confirmed cases of COVID-19 to 18.

According to the ministry of health, all four – one from the western town of San Ignacio and three in the old capital of Belize City – had close contact with previously confirmed cases.

"With this, the ministry of health can confirm that there are two active clusters that are being closely followed, one in San Ignacio and one in Belize City. The latter seems to have originated after a social activity on Saturday, March 14th," the ministry said.

It added that the active cluster in Belize City had identified five cases and asked the public to contact the ministry if they attended the social gathering.

Over 70 cases now in Jamaica

Jamaica's national influenza centre has reported that in the last 24 hours, one sample has tested positive for COVID-19 – the fourth confirmation since Saturday. This brings to 73 the total number of confirmed COVID-19 cases.

According to the centre, the new case is a 57-year-old male from Kingston and St. Andrew with no travel history, but is a contact of a confirmed case.

There are now 31 imported cases, 34 cases are contacts of a confirmed case, six local transmissions not epidemiologically linked and two cases are under investigation, the health officials said.

The health departments across the island are currently tracing approximately 379 close contacts of the confirmed cases, the influenza centre assured.

In the meantime, the centre said three more patients have recovered and have been released from hospital, bringing to 19 the number of people who have recovered and released. Sixty-six patients remain in isolation, and 20 are in quarantine at a government facility.

Martinique's regional public health agency, Agence Régionale de Santé (ARS), has reported six new cases in the past week, bringing the number of people with the virus to 157.

Of these, 17 people are hospitalised in intensive care and 50 have recovered, according to ARS.

There have been eight deaths from COVID-19 and three suspicious deaths since the start of the epidemic, the health agency said.

Number of cases double on Saba

The Dutch Caribbean island of Saba has confirmed another case of COVID-19, its second in just two days.

The governor of the five square mile island (population approximately 1900), Jonathan Johnson, said in a statement on Monday night that during contact tracing by authorities, an additional test was done on Sunday evening which came back as positive. Johnson said this person had been in close contact with the first positive case.

The first case was confirmed late Saturday night, and as in this case, the gender, name or age of this person was not disclosed.

Johnson said the public health department immediately initiated contact tracing in relation to the new positive case. "This means that more people will have to go into quarantine," he explained.

Up until Monday night, there were 70 people in quarantine, mostly those who had close contact with the two positive patients and their households.

A mandatory two-week lockdown was announced on Saturday night, soon after the first positive case was detected.

The authorities in Castries today reported that 11 of the 15 confirmed COVID-19 patients have recovered, with 25 people remaining in quarantine and 20 in isolation.

The island continues on a 10-hour curfew from 7 p.m. to 5 a.m. daily, with residents having to remain at home, leaving only for food or medical purposes.

The authorities in Dutch St. Maarten today began visiting homes to assess the extent of the coronavirus spread.

The prime minister, Silveria Jacobs, said yesterday the aim is to visit 100 homes a day over the next three days.

Jacobs said people have been saying that the number of confirmed cases in the country are too low and that the real numbers are not known, adding this may be true.

She said St. Maarten was unable to conduct as many tests as the authorities would have liked due to the lack of local testing material and capacity.

St. Martin extends lockdown to 11 May

Having confirmed a 16th case of the highly contagious coronavirus, French St. Martin is extending its total lockdown to 11 May, keeping it in line with France.

The president of the collectivity, Daniel Gibbs, said the near four-week extended confinement, close to four weeks, will be "long and hard."

However, Gibbs said everything was being done to ensure the territory was ready to lift the restrictions, including widespread testing.

"We have to factor in the relationship with our Dutch-side neighbour and Anguilla," said Gibbs. "On the other hand, we have asked the health decision-makers to come up with a solution for us to test a maximum of people. But rest assured we are convinced that widespread testing is the fastest way to exit from this crisis."

Little information was given about the latest case confirmed by the regional health agency, Agence Régionale de Santé, except that the person has been confined to home in isolation, bringing to ten the number of cases at home. There are also six cases in hospital in the French side and three transferred the University Hospital of Guadeloupe, CHU.

One new case in Trinidad

Health authorities in Trinidad have reported one new case since Saturday. The ministry of health said in a post on its Facebook page and its website today, the number of cases have reached 113, with the number of deaths remaining at eight and the number of people who have recovered at 17.

No further information was shared about the latest case.

Coronavirus death toll in US surpasses 25,000

The number of deaths from coronavirus in the United States continues to climb, surpassing 25,000, according to data from Johns Hopkins University.

Its numbers indicate that 25,239 Americans have died of coronavirus, while 592,743 cases have been confirmed across the country.

New York accounts for about 40 percent of all the deaths in the country, with 10,056 so far.

Meanwhile, even as it records the lowest increase in infections in a month, Italy remains second behind the US with 21,067 deaths, while Spain has recorded 18,056 fatalities.

France, meantime, has reported 762 new deaths, including 559 in hospitals and 221 in care homes.