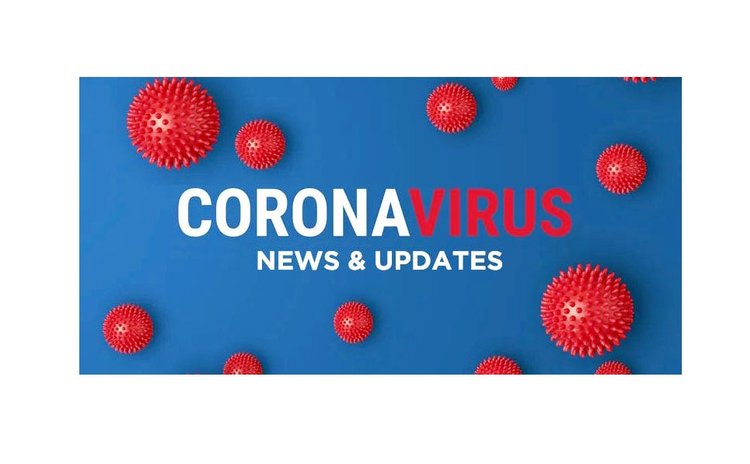 It's over for Barbados' premier summer festival, Crop Over, this year. The ongoing coronavirus pandemic has forced the authorities to cancel the event, according to the island's marketing agency, the Barbados Tourism Marketing Inc, (BTMI).

"In keeping with ongoing global efforts to contain and manage the COVID-19 pandemic, the government of Barbados has made the difficult decision to cancel the country's Crop Over festival this year," BTMI said in a release earlier today.

Crop Over is an arts and culture showcase celebrating the end of the sugar cane crop with craft markets, soca and calypso competitions, parties and more. It was scheduled to be launched in June and run through to the Monday, 3 August, culminating with a colourful street parade dubbed Grand Kadooment.

The authorities also announced the cancellation of the National Independence Festival of Creative Arts (NIFCA), which was slated for October and November 2020. This annual festival, which celebrates the best of Barbadian performing, visual and culinary arts, will return in 2021, the BTMI said in the release.

The ministry of creative economy, culture and sports, which is responsible for both events, said it would dedicate this time to a national training programme in schools and communities to ensure the continued development of local arts.

Meanwhile, the island's health minister, Jeffrey Bostic, has announced there will be an escalation in the numbers of people being tested the virus.

Bostic told a news conference yesterday that 2,800 swabs that were due to become available today would expand the ministry's capacity to test.

"We will do so because we want to be absolutely certain that there is no community transmission in this country. Even though at this stage we have seen no evidence to suggest this, out of an abundance of caution, that is the direction that we want to be able to go," Bostic said.

Community transmission in the Cayman Islands

Lee told a news briefing yesterday that of the five new cases, four were "likely" community transmission and the fifth had contact with a previous case.

The Cayman Islands now has 66 cases of COVID-19, five of whom are considered to be clinically recovered and seven fully recovered. There's been one death, a cruise ship passenger receiving urgent cardiac treatment who was later discovered to have the virus.

Lee said 29 people with COVID-19 are showing some symptoms and 19 are asymptomatic.

Grenada's ministry of health has said it will make no further statements on the status of the person believed to be the island's first locally transmitted coronavirus case until it has done two consecutive polymerase chain reaction tests.

Only then will it reveal the results of the tests on 45-year-old man.

"Given the significance of the result of this particular individual to Grenada's public health status, the ministry wishes to err on the side of caution before any further pronouncements are made," it said in a statement via the government information service.

It was just yesterday, on the day new, relaxed curfew protocols took effect, that the health minister, Nickolas Steele, all but confirmed the case

Steele had said in a statement that the person was admitted to hospital on Sunday with symptoms consistent with Covid-19 and that test results were pending and expected late yesterday.

"He is now isolated in the Covid-19 section of the hospital, while we await official confirmation from the PCR [polymerase chain reaction] test," the minister said then. "As of this moment, we are treating the case as a presumptive positive."

The individual has no travel history and Steele said the authorities were unable to determine if the person has had contact previously affected people.

After recording 23 new coronavirus cases yesterday to take the number to 196, health authorities in Jamaica report another double-digit rise to surpass the 200 mark.

The latest update on the ministry of health's COVID-19 dashboard indicate that the number of positive cases now stand at 223, a rise of 27 over the last 24 hours.

No additional information was available at the time of publication. However, while the dashboard still indicated five virus-related deaths by mid-afternoon today, the island's chief medical officer, Dr Jacquiline Bisasor-McKenzie, has confirmed a sixth death.

The CMO told a virtual news briefing last night that the latest victim was retired University of the West Indies lecturer Tara Dasgupta.

However, any approach to Havana must first have the blessing of Holland because St. Maarten is part of the Dutch Kingdom, Jacobs said in a national address last night.

"We have requested or looked into the request of getting some medical technical assistance from Cuba," the prime minister told the national audience.

She said a meeting was held on Monday with the Dutch minister of foreign affairs, Stef Blok, and the other prime ministers of Aruba and Curacao - both Caribbean countries that are part of the kingdom – at which discussions were held on the possibility of seeking international and European assistance.

"As part of the kingdom, we cannot access outside funding without the intervention of our Dutch kingdom partners and as such we have asked the minister of foreign affairs to look into the possibilities for funding elsewhere," the prime minister said.

China has also offered assistance in form of medical equipment and this was also discussed with the Dutch minister, Jacobs stated.

St. Maarten currently has 68 COVID-19 cases – 46 of which are still active, the latest of which was reported by the prime minister during last night's national address.

No additional information was shared about the latest positive test.

Meanwhile, the St. Maarten based airline, Winair, said it would remain closed until 11 May in keeping with the national lockdown which has been extended to that date.

St. Vincent and the Grenadines today confirmed that a second COVID-19 positive case has fully recovered and given medical clearance.

This result means that there are now only ten confirmed active COVID-19 cases in St. Vincent and the Grenadines.

The last COVID- 19 positive case was recorded over one week ago.

The number of confirmed cases of coronavirus around the world has now passed 2.5m, according to Johns Hopkins University in the United States.

Over in the UK, where 129,044 people have tested positive, football clubs are among those facing an uncertain future.

Those in the third and fourth tiers today agreed to open their books to accountants as evidence that the pandemic is causing them financial ruin.

It's in attempt to find a breakthrough in the talks with the players' union over wages.

The Professional Footballers' Association had asked the clubs to supply confidential information to independent accountants to show the scale of pay cuts that might be needed.