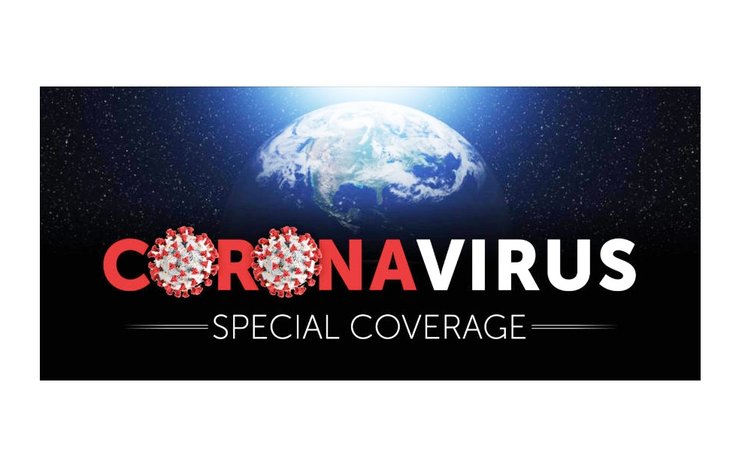 The Dutch municipality of Bonaire has recorded its first coronavirus case. The island's governor Edison Rijna said in a news conference yesterday afternoon that after several inconclusive tests, public health officials investigated thoroughly, and a recent test found that the patient had contracted COVID-19.

"Bonaire has now entered a different phase, a very special phase. I would like to announce that we have a first positive result. The virus has been found on Bonaire," Rijna said.

"It probably concerns a contact that took place a few weeks ago with someone who has been on Aruba. This contact had mild disease symptoms. After the contact, the person became ill after some time. As a precaution, the person stayed at home voluntarily and was tested recently."

The governor explained that the person, whose name, age or gender was not disclosed, had "little or no contact with other people" but that the authorities were conducting contact tracing.

He called on residents of the 111 square mile island to remain calm and said there was no need to impose a lockdown at this time.

The number of active coronavirus cases in Grenada has fallen by almost 50 per cent.

The health minister, Nickolas Steele, told a special sitting of parliament today that six of the 13 confirmed cases on the island – a 14th person with the virus secretly fled the island – had recovered.

"Eleven tests were done on Thursday and I am happy to report that they were all negative. Six of these were persons [who] were confirmed positive, so they are officially recovered," he added.

Grenada's first known case was a 50-year-old woman who arrived on the island on 16 March from the UK. The country is currently on a 24-hour lockdown as the government acts to curb the spread of the highly contagious virus.

Jamaica's ministry of health shut down its head office today after an employee tested positive for COVID-19.

The ministry said in a release that the closure was to allow for sanitisation of all buildings.

It said counselling for staff members had begun and contact tracing at the head office was under way. Some members of staff, including the permanent secretary, have been quarantined at home.

The health ministry said it would continue interview, sample and test other staff members who had come into close contact with the infected employer in the last 14 days.

The 24-hour curfew currently in effect in St. Kitts and Nevis, and which was due to end tomorrow is to be extended by another week.

The prime minister, Timothy Harris, has announced that the complete lockdown will remain in effect from 6:00 am on Saturday, 18 April to 6:00 am Saturday, 25 April. During this period "no one is permitted to be away from their residence without special exemption as an essential worker or a pass or permission from the commissioner of police", the government said in a release.

However, Harris announced an easing of restrictions between 6:00 am and 7:00 pm through to Friday of next week, with the exception of Sunday and Wednesday, to allow people to purchase the necessary supplies.

More than 60 people are now known to have tested positive for the coronavirus in St. Maarten.

The prime minister, EOC) Silveria Jacobs , said in a national address last night that the number of cases now stand at 63, forty-one of whom are still battling the virus. Jacobs said 95 people are in self-quarantine, 84 in self-isolation and a seventh person has been hospitalised.

The latest figures come as the health ministry's collective prevention services (CPS) expressed concern that a number of residents – mainly from the Dominican Republic and Haiti - with COVID-19 symptoms are failing to get tested or report their illnesses due to fears of repercussions.

Jacobs said last night this became clear during a series of home visits this week. In six homes in one community visited by the CPS on Tuesday, 17 of the 85 people with whom they spoke exhibited symptoms but only one had had gone to get tested.

"Because some persons choose not to be tested, CPS will return to the districts to make sure that they cover as much as possible and those symptomatic are asked to be tested as soon as possible," the prime minister told the national audience.

"It does not matter what your status is, everyone has the right to be tested and get treatment," she said.

Earlier this week Jacobs had given the assurance that that everyone, irrespective of legal status, age, gender or nationality, had a right to be tested at government's expense.

Some positive news from St. Martin

The French territory of St. Martin is reporting new recoveries and no new cases over the past day. The regional health authority, agence régionale de santé (ARS), said yesterday an additional four people had survived the virus, bringing the number of recoveries up to 17, and lowering the number of active cases to 13.

According to ARS, there are eight people in isolation at home and five hospital. However, the health agency said the virus is still circulating and testing has been expanded.

Outbreak "under control" in Germany

The German government has said the COVID-19 outbreak under control and it will take its first steps towards to some form of next week,''

The health minister, Jens Spahn, said today the virus was under control because of confinement measures imposed after an early surge in cases.

"The infection numbers have sunk significantly, especially the relative day-by-day increase," he said.

Smaller shops in Germany are due to reopen from Monday and some pupils are to return to school on 4 May. However, other restrictions will remain in place including bans on gatherings of more than two people in public, and on large public events.

The Robert Koch Institute for disease control has released data showing that Germany's person-to-person infection rate had dropped to 0.7, meaning that each person carrying the virus was now infecting less than one other person on average.

According to the European Centre for Disease Prevention and Control, Covid-19 has so far infected nearly 900,000 people and killed almost 90,000 across the continent, well over half the worldwide total of just over 146,000.