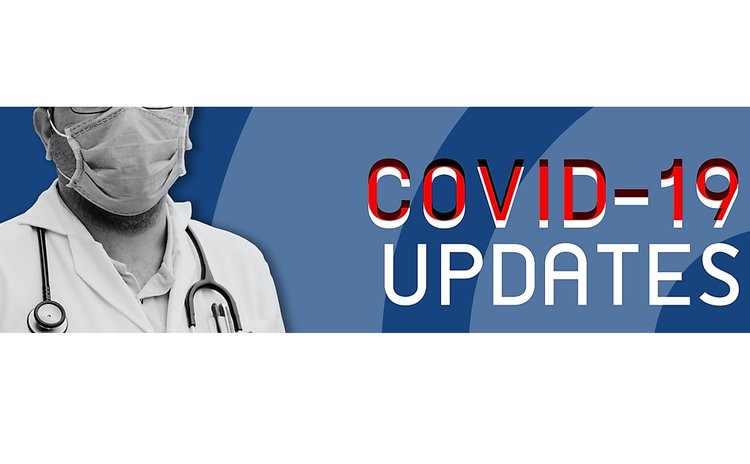 Yet another Caribbean festival has fallen victim to COVID-19.

The virus has forced the cancellation of Anguilla's summer festival which was scheduled to take place from 1-9 August. Already, the British overseas territory has already scrapped its premier culinary celebration this month, its literary festival and boat race next month and a month-long series of events in June, promoting relaxation, health and wellness on the island.

The Anguilla Tourism Board said in a release today it would focus on planning these events next year.

"We believe that rescheduling these events is the only responsible course of action to take," said Donna Daniels-Banks, the tourist board chairman. "The health and safety of both our residents and our guests is always of paramount importance, and we take the principle of social distancing very seriously. Hosting large gatherings at this time is premature; we are confident that all our events will be bigger and even more spectacular next year, and we look forward to welcoming everyone to Anguilla to celebrate with us."

Anguilla has had three confirmed cases to of COVID-19, all of whom have recovered. There have been no new cases in 28 days.

The Barbadian prime minister, Mia Mottley, has announced a $2 billion plan to shore up the economy, which has been severely affected by the coronavirus crisis.

In a 90-minute address to the nation last night, Mottley said the package, which is over two year, will include a $400 million stimulus for businesses to keep staff on the payroll.

She said the fiscal plan would also focus on a public and private capital works programme, increasing the island's self-sufficiency, the creation of a Barbados Tourism Fund and $210 million would be spent on families affected by the shutdown.

"We've focused the programme on supporting those who have lost their jobs in the shutdown and to keep those as far as possible who have jobs into their jobs. The economic plan has five parts… and the effect of them is to fill the hole in spending in this economy to the tune of near $2 billion over two years," she said.

The revelation came as Mottley announced an end to the 24-hour stay-at-home order effective Monday of next week. It will be replaced by an 8 p.m. to 5 a.m. curfew.

However, the prime minister said work which required human contact was not permitted at this time.

Meantime, Mottley also announced that a seventh person has succumbed to the respiratory illness. The victim is a 78-year-old Barbadian woman, who arrived on the island on 12 March from the United Kingdom and who had underlying medical conditions.

Govt offices in Belize to open next week

Government departments ane statutory bodies will reopen on Monday, as the country relaxes some of the COVID-19 restrictions.

The prime minister, Dean Barrow, announced today that with the country experiencing 17 straight days and counting without a single new infection, a new state of emergency would take effect from midnight tonight, that would ease some of the restrictions on movement put in place to curb the spread of the virus.

"We have, naturally, added to the list of approved private sector businesses also permitted to operate; and those add-ons can actually begin on Saturday, May 2nd - after the Labour Day holiday - if they normally employ Saturday opening hours," Barrow told the nation.

These include lawyers, accountants, real estate brokers and other are professional service, as well as local manufacturers such as carpenters, building contractors, plumbers and electricians.

"The wholesalers and retailers generally are being freed up, and even call centres can reopen, particularly for training purposes," the prime minister said.

"Hotels will also now reopen, if they so choose, to cater to a Belizean clientele. Their restaurants will be limited, though, to providing room service and take-out meals."

In addition, beauty salons and barbershops can resume operations, but, only by appointment and they must only serve one customer at a time. However, spas will remain closed.

Barrow warned residents that the relaxation was not a "free for all" and that every business activity would be subjected to the social distancing requirements.

The Bermuda government has announced a four-phase relaxation of COVID-19 restrictions from Saturday.

Premier David Burt said in a statement last night the island "come to the end of the beginning" and it was time to get Bermuda working and enjoying life again while being mindful of the importance of maintaining health and safety.

"We have adopted a strategy for a phased reopening of our economy. These four phases set out how we will progress through this ongoing pandemic response. It is important to note that there are no dates attached to phases two, three, and four. This is because how we progress is directly dependent on how well we comply, and how we see our hospital, and population being affected," Burt told the nation.

The first phase involves the opening of retail and restaurants for curbside pickup and delivery only, construction, mechanical and landscaping facilities, parks, beaches and golf courses, skeleton government and court services, limited public transportation and gatherings of no more than ten people. A curfew will remain in place between 10pm and 6am.

"Grocery stores and gas stations remain open under the current conditions, and days of shopping will continue to be prescribed so that stores are not overwhelmed. Construction, mechanical, and landscaping services can reopen with strict social distancing. Guidance will be released, and any business or job site not adhering to that guidance will be closed," the premier said.

"As we move forward, we are monitoring the situation closely and the government is prepared to adjust these regulations swiftly if circumstances demand it. Simply put, if the country would like to move to phases, two, three, and four, now is not the time to tear it. Stay home, move only when you need to, and let's continue to work together to keep the virus at ba," the premier said.

Health authorities in Grenada have ordered the closure of the country's only flour mill after an outbreak of coronavirus among its employees.

After going two weeks without any new cases, there have been five in the past week, all linked to the flour mill.

The health minister, Nickolas Steele, said in an update yesterday the authorities had reached the end of their tether with the company.

"The individual confirmed today is a 54-year-old female, who is the relative of one of the positive workplace cases reported previously. She is presently isolated and monitored, as are all other positive cases," Steele revealed.

"Therefore, this particular company is now closed for the duration of our tracing. We apologise to the general public, especially to the direct stakeholders and beneficiaries, but our actions in asking that the company stay closed are necessary in ensuring public safety."

The health minister said because of the ease of spreading the virus, businesses that were allowed to resume operation were had a responsibility to practise the health safety protocols.

"That is why we asked that companies that are allowed to open only do so under strict safety protocols, such as wearing of masks or face covering over the nose and mouth, and practicing physical distancing of at least six feet; along with proper hygiene measures such as disinfecting public areas," he said.

One death, one new case in Guadeloupe

Health authorities in Guadeloupe today reported another death related to the coronavirus.

In its latest update, the regional health authority, ARS, said the victim was a 79-year-old woman with underlying conditions. She had been hospitalised since 6 April and had no travel history, ARS said.

This brings the total of deaths in Guadeloupe to 12.

Meantime, ARS also reported an additional case, bringing the number of active cases to 152. Of these, 95 have recovered and seven are in hospital, of which six are in intensive care.

In an update yesterday, the director of primary health care services, Dr. Ertenisa Hamilton, said the number of confirmed cases now stand at 75 , 15 of whom have recovered. Eight people have died from the virus, 52 are in institutional isolation and 19 in institutional quarantine.

Jamaica is on the well on the way to 400 coronavirus cases, with the health ministry reporting today an additional 15 confirmed cases, bringing to 393 the number of known infections.

There have been 32 positive results in the last 48 hours, 15 of whom are associated with the business process outsourcing entity, Alorica, located in Portmore, in the south-eastern parish of St Catherine.

Eleven of the new cases are contacts of confirmed cases and one is an imported case with five under investigation, health officials said.

Of the 396 confirmed cases, 202 are employees of Alorica.

For the first time since 3 April there are fewer than 20 active COVID-19 cases in St. Maarten.

The prime minister, Silveria Jacobs, said in a briefing yesterday that of the 76 confirmed cases in the Dutch Caribbean country, only 19 were active.

Since the previous official figures were released two days earlier on Monday, eleven people have recovered and 13 have succumbed to the virus, Jacobs said.

The prime minister revealed that ten of the 13 victims were from the immigrant community - some of them undocumented - who reported their illness too late.

"The persons who passed away had major underlying health issues and a vast majority of them – 10 of the 13 – were from the immigrant population which, let's just be honest, some of them live in not-so-good circumstances and maybe not eating the healthiest foods," Jacobs said.

"Some were also undocumented and did not alert CPS [Collective Prevention Services] or a doctor in time. I believe had this been done in the early stages of the disease, we might not have had the 13 deaths," she added.

The number of positive coronavirus cases in St. Vincent and the Grenadines continues to inch upwards.

Health officials have confirmed a 16th case of the highly contagious virus, the fourth in the past week.

A release from the National Emergency Management Organisation said the latest case was closely associated with the last three cases reported by the Caribbean Public Health Agency and "forms part of a small cluster of import related cases".

The country now has eight active cases of COVID-19 cases, while eight have have fully recovered.