No new case in Jamaica; all cases recover in St. Kitts 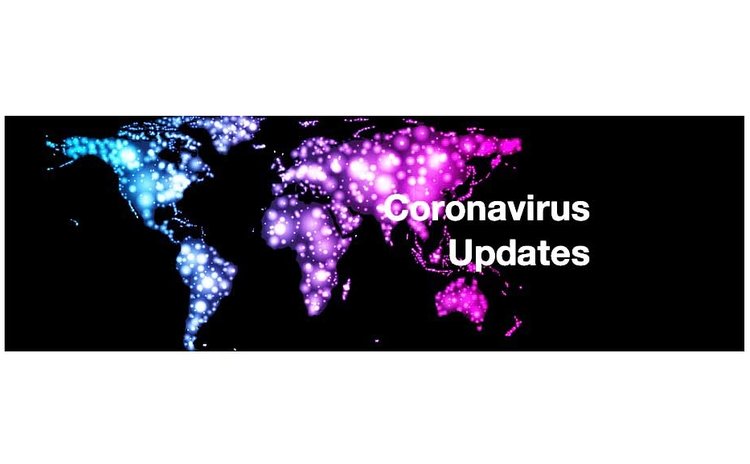 The repatriation of Bahamians and residents who remain abroad due to COVID-19 travel restrictions will resume this week with two scheduled flights from Florida, the prime minister, Hubert Minnis, has announced.

This week's flights, scheduled for Thursday 21 May and Saturday 23 May from Ft. Lauderdale, Florida to New Providence, will mark the second round of repatriation exercises by the Bahamian government. A flight to Grand Bahama will be accommodated if necessary, Minnis said in a national address on Sunday night.

On Friday 8 May, the government facilitated the return of 183 Bahamians and residents to New Providence and Grand Bahama.

"The system has been streamlined in order to avoid what happened during the last exercise, when a passenger who had received a COVID-19 positive result overseas was allowed to board a return flight home," the prime minister said.

Subsequent testing by the ministry of health following the passenger's arrival has shown this individual is now COVID-19 negative, he assured.

To date, there remain 96 confirmed cases of COVID-19 in The Bahamas, 42 of whom have recovered.

Retail stores in Bermuda to reopen

As of Thursday 21 May, Bermudians will be able to go shopping in retail stores.

In an update last evening, the premier, David Burt, said the country was ready to move to the next phase of the gradual return of activity.

"Retail stores will be open for in-store customers, and they will be occupied by 20 per cent of the buildings approved maximum fire occupancy inside at any one time, and will follow the same alphabetical shopping days in place for grocery stores and gas stations," Burt said at the daily press briefing.

In addition, he said beauty salons and barbers would open under strict public health requirements, while all restaurants and would open for outdoor dining only.

"To ensure the safety of both workers and patrons, restaurants, and those licensed bars slated to open in this phase will only be permitted to do so with the approval of the ministry of health. The environmental health team will work with restaurant owners, and operators and bar proprietors who have outdoor facilities already to ensure that they are able to meet the strict standards required to begin serving patrons again. This means, if you do not have the requisite permissions, it will still be unlawful for you to open on Thursday," the premier advised.

In addition, outdoor weddings and funerals will be permitted, "with a maximum of 20 persons outdoors in attendance, subject to the proper wearing of masks and appropriate physical distancing".

Between Sunday and the end of the day yesterday there were two positive cases, bringing the number of positive results in Bermuda to 125.

Residents of the British Virgin Islands can now access primary care services at community clinics around the territory, including prescription drop offs and pickups, health officials have confirmed.

The primary healthcare facilities were with the imposition of curfews by the government in response to COVID-19.

A release from the health ministry quotes the director of primary health care, Dr. Natasha Frett, as saying the clinics would provide services ranging from wound care, child health and immunization to family planning, chronic diseases, home visits, tele-medicine, antenatal and postnatal care and prescription drop off and pick-up services.

No COVID-related deaths in Cuba in five days

The end of the day yesterday marked the fifth straight day without deaths related to the coronavirus, Granma, the community party organ, reported today.

In reporting on a meeting between the president, Miguel Díaz-Canel Bermúdez, the prime minister, Manuel Marrero Cruz and the working group for the prevention and control of COVID-19, Granma emphasised the need to comply with all the measures to tackle the virus.

It said "only nine positive cases of the disease" were reported yesterday, a sign that the situation is stabilising.

During the meeting the head of public health, José Ángel Portal Miranda, pointed out that of the 1,881 patients who have been diagnosed with the virus so far, 295 remain hospitalised.

Over 100 Guyanese to return home

Nineteen law students in Trinidad, 70 Royal Caribbean cruise ship employees, four Guyanese in St. Vincent and the Grenadines and ten in St Maarten have all had their requests to return to Guyana approved, the country's department of public information reported.

Quoting a release from the task force, the department said all the returnees would be subjected to the strict requirements set by the ministry of public health, relevant ministries and agencies.

"Most notably, each person must submit results of their COVID-19 tests done by polymerase chain reaction method (PCR). The results must be in English and provided 48 hours before arrival," the release stated.

Guyana yesterday reported seven additional COVID-19 cases, bringing the total confirmed infections to 124, of whom ten have died and 45 have recovered.

Another day without a new case in Jamaica

Jamaica is experiencing a second day with no new confirmed COVID-19 cases, while recoveries moved to 131, up from 127, in the last 24 hours, the health ministry said in a release today.

After several days of steep rises, the number of new cases have fallen significantly over the past week or so. Following yesterday's confirmation of no new cases, the number of confirmed infections in Jamaica remained at 520, the ministry reported.

There are currently 44 imported cases, 204 that are contacts of confirmed cases, 26 local transmission cases not epidemiologically linked, and 246 under investigation.

The authorities in St. Kitts & Nevis are reporting that as of the day yesterday, all 15 confirmed positive cases of COVID-19 had successfully recovered from the virus.

"St. Kitts & Nevis was the last country in the Americas to confirm a case of the virus and among the first to report all cases having recovered with no deaths," the St. Kitts Tourism Authority said in a release last night.

"An important milestone was reached today with the recovery of all 15 persons testing positive for COVID-19. This demonstrates the unprecedented achievements by St. Kitts & Nevis and the Caribbean region in containing and controlling the spread of the virus," it quoted Lindsay Grant, the tourism minister, as saying. "I am gratified that our federation's 'all society approach' starting with early and aggressive actions, the excellent work of our medical community and the cooperation of all persons in the federation have brought us to this place. However, at this time we must continue to remain vigilant with our mitigation procedures in place for everyone to remain safe."

Uber lays of another 3000 workers

The ride sharing company, Uber, has announced plans to lay off another 3,000 workers just days after sending home 3700 employees.

The cost-cutting move means about 25 per cent of its workforce have been furloughed, leading to the closure or merging of about 40 offices around the world.

The cuts will result in a one-off saving of up to $260 million and about $1 billion in annual cost savings.

Uber said ride volumes have been down about 80 per cent, although they are slowly starting to rebound.

There were six positive COVID-19 test results among three British Premier League teams on Sunday and Monday, according to several media outlets in the UK.

The unnamed players and/or staff who have tested positive from the 748 total tests conducted will now self-isolate for seven days.

Premier League teams were to begin non-contact training from today, nearly ten weeks are the league was suspended on 13 March because of the COVID-19 pandemic.

With 92 fixtures remaining, the league had previously identified 12 June for matches to possibly start again, but there is now an expectation this will need to be pushed back.