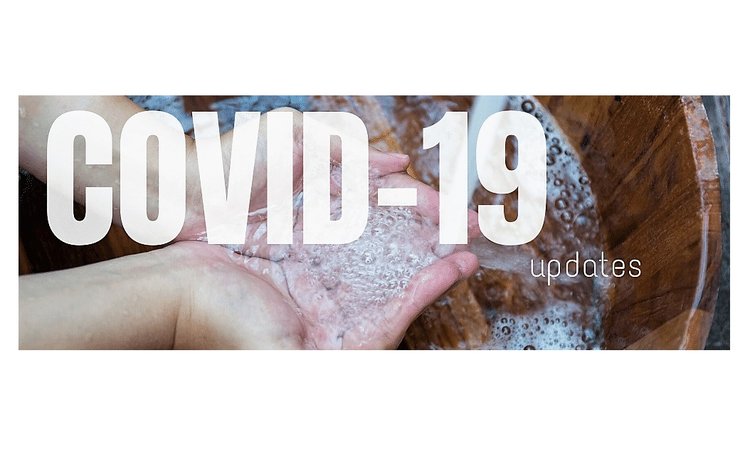 Premier of Nevis, Mark Brantley, in an unprecedented show of solidarity with the people of Nevis impacted by loss of income owing to the economic fallout from the COVID-19 global pandemic, has announced that he will forgo his entire monthly salary for the foreseeable future, the Jamaica Gleaner reports.

On April 22, the premier informed the public, and wider federation, that "I have since last month forgone my salary and benefits in full and shall continue to do so until we are past this crisis." Across the region and in the international arena, many leaders have recently taken 30 to 75 per cent salary cuts as government revenues dwindle. As leader of the Nevis Island Administration, Premier Brantley informed that Cabinet ministers would also make a financial sacrifice to the benefit of the people.

"We recognise the pain that this crisis has caused our people. We recognise that many have lost their jobs and that the loss of income has made it difficult for some of us even to ensure that we have food to eat," he said.

Minister of Health & Wellness Dr. Christopher Tufton has announced that that 16 samples tested positive for COVID-19 in the last 24 hours.

This has brought the total number of confirmed cases in the island to 364.

The 16 new cases are comprised of seven males and nine females, who range in age from three years to 75 years. Seven of the 16 new cases are employees of the business process outsourcing entity Alorica located in Portmore, St Catherine.

182 of the 364 total confirmed cases are employees of Alorica. In addition, there are 37 additional cases connected to contacts of Alorica bringing their overall total to 219.

Dr. Tufton, in his press briefing at Jamaica House, said that two of the cases announced on Sunday, April 26 were repeat cases making Monday's total 348 and not 350.

The Montserrat Ministry of Health and Social Services is deeply saddened to announce that one resident has died from the Coronavirus Disease (COVID-19).

The deceased is an elderly female, aged 92 who was admitted to the Glendon Hospital COVID-19 Isolation Unit where her condition was assessed as severe. Since then she received aggressive respiratory support until the time of her passing today, Friday 24th April.

Due to patient confidentiality and the family's right to privacy no further details can be released at this time.

The family of the deceased has been formally notified and the Ministry wishes to extend our deepest condolences to the bereaved on the unfortunate loss of their loved one.

The death brings Montserrat's active cases to seven (7). To date there have been eleven (11) confirmed cases, two (2) of which have recovered.

TIME magazine reports that dermatologists around the world are gathering data on what may be largely overlooked symptoms of COVID-19: skin conditions ranging from rashes to "pseudo-frostbite."

TIME says that many viral illnesses—including chickenpox, measles and mononucleosis—are accompanied by telltale skin rashes, often a result of the body's heightened inflammatory response while fighting off infection. Though more research is needed, a growing number of case reports and preliminary studies suggest SARS-CoV-2, the virus that causes COVID-19, can also affect the skin.

The United States Government has committed an additional $1.7 million (USD) to mitigate the spread of the COVID-19 outbreak in Guyana and the rest of the Caribbean, a USAID release stated.

The United States, via USAID, is providing life-saving support by coordinating with the Government of Guyana, international humanitarian partners, and other stakeholders to identify priority areas for investment.

"The United States Government is committed to assisting the people of Guyana to combat the spread of COVID-19 to prevent illness and deaths associated with the dreaded pandemic and ultimately improve the quality of life and the economic outcomes of this wonderful country and its people," remarked Ambassador Sarah-Ann Lynch.

Through this assistance, USAID will support: Infection prevention and control in health-care facilities; Communications to help educate people on steps they can take to prevent and respond to the spread of the virus, through country-specific media campaigns; Surveillance and rapid response with case-finding and event-based surveillance for COVID-19.

Britain is on track to record one of the worst coronavirus death tolls in Europe, after data published on Tuesday showed nationwide fatalities topped 24 000 nine days ago, Reuters has reported.

A day after Prime Minister Boris Johnson spoke of success in dealing with the outbreak, the new figures showed the week ending April 17 was Britain's deadliest since comparable records began in 1993.

The Office for National Statistics said 21 284 people had died in England by April 17 with mentions of COVID-19 on their death certificate. Together with figures from Scotland, Wales and Northern Ireland, the total United Kingdom death toll was at least 24 000 as of April 19.

"The United Kingdom is going to be right up there among the worst-hit nations in the initial surge," said Bill Hanage, associate professor of epidemiology at Harvard's T.H. Chan School of Public Health.

"With the most optimistic views of the amount of immunity that might be being generated, it would be still not be close to having enough to be able to return to normal," he told Reuters.

Unlike the hospital death tolls announced daily by the government, the fresh figures include deaths in community settings, such as care homes where overall fatalities have trebled in a few weeks.

Overall, Tuesday's figures for COVID-19 deaths in England and Wales up to April 17 were more than 50% higher than the daily toll for deaths in hospitals initially announced by the government.

The figures underline the scale of the challenge facing Johnson as he returns to work after recovering from COVID-19, the respiratory disease caused by the novel coronavirus, and the dangers of relaxing Britain's lockdown too soon.

She describes the mode of transmission as worrying since they were connected to 3 earlier cases, all NAB employees meaning that so far five staff members of the NAB have tested positive for COVID-19.

Minister of People Empowerment Cynthia Forde says the situation is not yet at crisis level. However, she notes the five positive tests resulted from one of the staff members being in contact with a previous case.

She says all 40 administrative staff of the National Assistance Board have been tested for COVID-19 and all 225 NAB employees will be tested.

The NAB is the government department that administers the home help program for senior citizens. Ms. Forde stresses it's unlikely the administrative staff came into contact with the home helpers dealing with the vulnerable elderly. Another 105 NAB staff are being tested today.

All staff of the NAB are being quarantined in local hotels at government's expense.

Health Minister Lieutenant Colonel Jeffrey Bostic said in total 175 tests were conducted overnight. An additional 104 people will be tested today and the remainder tomorrow as they intend to get on top of the situation through extensive testing and contact tracing.

The minister appealed to people with symptoms to come forward to be tested.

Haitian health authorities Monday appealed to five people who tested positive for the coronavirus (COVID-19) and fled a hospital here on Sunday, the CMC reported.

The Departmental Director of the Centre Department of the Ministry of Public Health, Dr Denis Jean, confirmed that the five people, who tested positive for Covid-19, fled from the Sainte Thérèse de Hinche hospital, built in the 1930s by US Marines.

"If we do not quickly find these people they risk infecting a lot of people," he warned.

Last week, a Haitian national, who had been deported from the United States, and who tested positive for the virus that has killed more than 200 000 people worldwide, fled from an Isolation center here.

Secretary of State for Communication, Eddy Jackson Alexis, said that the escapee poses a threat to national security.

Haitian health officials have said that six people have died since the virus was first detected here on March 19, and that the number of active cases now stands at 60.

The arthritis drug tocilizumab has shown early promise in preventing extreme inflammation in gravely ill COVID-19 patients, according to a French clinical study.

The treatment, which suppresses the body's natural immune response, was found to reduce "significantly" the number of deaths or life support interventions compared with a control group of patients, the AFP reported.

The study, carried out by the Paris university hospital trust (AP-HP), looked at 129 people hospitalised with moderate or severe viral pneumonia, which occurs in 5-10 percent of COVID-19 patients.

While the results are yet to be published, those involved in the research said it showed clear "clinical benefit" of tocilizumab treatment.

AP-HP said it had decided to publicise the study before publishing official results "for public health reasons".

They stressed however that further research was needed on the effectiveness of the drug and the potential for side effects.