Number of cases continue rising in Jamaica; Cuba to reach peak next week 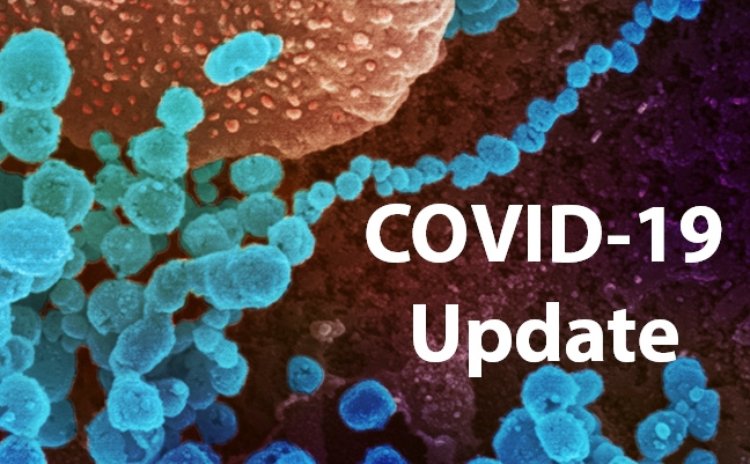 The programme which provides daily support to senior citizens and other vulnerable people in Barbados will remain open despite a number of positive tests among employees of the department which administers the programme, the government has assured.

However, the minister responsible for elder affairs, Cynthia Forde, today said public health officials have not recommended closure of the programme.

She explained that, on the advice of the acting chief medical officer, her ministry had closed the NAB's administrative office after five staff members stationed there tested positive for the virus this month, according to the Barbados Government Information Service. Since then, testing of all NAB employees, from all locations, has commenced.

Pandemic 'could peak in Cuba next week'

A leading university head in Cuba is predicting that COVID-19 transmission could peak from as early as next week.

"The forecast now indicates that approximately next week we will reach the peak, ahead of the international average. This is a reserved prognosis that will depend on the evolution of the disease over the next few days," the official community party newspaper, Granma, quoted Raúl Guinovart Díaz, dean of the University of Havana's mathematics department, as saying.

However, Guinovart warned that relaxing of social distancing measures at this time could reverse alter the course.

"The epidemic is vulnerable to the actions we take, but this depends on social behaviour and government measures. It has been proven that we can change the course of the epidemic," Granma quoted him as saying.

Cuba has 1,467 confirmed cases, 617 of whom have recovered and 58 of whom have died. Granma said over 50 per cent of the new cases have been asymptomatic

It said one of the positive results was from samples taken two days ago.

The French Caribbean department has expanded tests to include people with little to no symptom and those who are at risk.

It said this was to "accurately assess the level of circulation" of the coronavirus beyond the recently implemented epidemiological monitoring.

"Until we have confirmation that the virus is at a very low level of circulation in the territory, any loosening of the confinement can again contribute to the spread of the virus. It is therefore essential not to encourage a restart of the epidemic. We will not be able to implement the de-confinement strategy if the circulation of the virus is restarted by a release," the health agency said.

380 cases and counting in Jamaica

The number of confirmed coronavirus cases in Jamaica has exceeded the 380 mark.

In the latest update on its COVID-19 dashboard, the ministry of health indicates there are 381 confirmed cases. No additional information was available up to the time of publication.

There has been a rapid rise in the number of infections in Jamaica in the past two weeks, most coming from work clusters.

Five days after recording its first COVID-related death, Montserrat said it was on track for a third straight week without a single new infection.

The ministry of health issued a statement today, revealing that three samples sent to the Caribbean Public Health Agency in Trinidad two days ago were all negative.

"As the island aims for the milestone of no new COVID-19 infections for a third week, officials within the ministry of health and social services are calling for residents to remain committed to practising good hygiene and physical distancing. The ministry explained that any deviation from these practices could see a loss in progress made in containing the disease," the statement said.

Montserrat has 11 confirmed cases of coronavirus, seven of which are active.

Tentative date for reopening of schools in Statia

Students in the tiny Dutch Caribbean island of St. Eustatius (more popularly known as Statia) could return to school as early as Monday of next week.

The administrators of the eight square mile island of 3500 people announced in an update last night that the date was tentative and a final decision was likely by tonight.

The island's four primary and one secondary schools are on holiday this week, but this is the fourth week since the students have been away from the classroom, though they have been engaged in distant learning.

During this period the teachers been busy working, preparing assignments for the students, assisting with these assignments and correcting their work.

"The public of Statia is well aware it took a bit longer to close our schools. This was because we felt it was neces­sary to have dialogue. It was necessary to have education care packages in place for students at home, it was im­portant to ensure that there was the necessary support in a number of areas such as homework, school guid­ance, and distance learning, but also for those in special social affairs programmes such as the breakfast pro­gramme," said Alida Francis, the island's deputy commissioner.

Statia has two confirmed COVID-19 cases, both of whom are believed to be students from Holland who arrived on the island six weeks ago for internships. Both were immediately placed in quarantine and one has since recovered.

The Netherlands has further extended flight bans to its Caribbean municipalities.

The Dutch government says the restrictions in Bonaire, Saba and St. Eustatius will remain in place until at least 15 May.

The restrictions, which were first imposed in mid-March to help prevent the spread of the coronavirus, was first extended on 9 April to 28 April.

The Hague imposed the flight restriction on flights from the United States, Canada, the European Union, the United Kingdom, the Dominican Republic and Colombia. Brazil was added to this list yesterday.

Meantime, the Dutch government has announced plans to reduce fixed tariffs on the islands' water and electricity services to zero, a measure which will cost €7.8 million.

"Considering the immense socio-economic effects due to the COVID-19, the government has decided to grant a reduction on the water and electricity bill that matches the fixed tariff," the administration said.

The reduction will take effect on Friday. At the same time, internet costs on all three islands will go down by US$25 per connection, as the internet is deemed essential during this period to facilitate working from home and online teaching.

In the past two days two additional people have recovered from the coronavirus in St. Kitts and Nevis, bringing the total to four with no deaths.

A release from the St. Kitts Tourism Authority provided no further information about the recovered patients.

The twin-island federation, which is under a partial curfew on some days and a full curfew otherwise, has recorded 15 positive cases of COVID-19.

Residents of St. Maarten who defied a lockdown and restrictions on gatherings and participated in a J'ouvert parade last weekend are facing fines and even jail terms.

The prime minister, Silveria Jacobs, in condemning the revellers and organisers has made it clear they won't escape the full force of the law.

"Carnival was cancelled way back in March. Many of you express dismay, sadness, etc. Carnival was supposed to start last week and people would post their old pictures remembering this, and remembering that, and looking forward to next year, but, some of us couldn't wait. It is very disconcerting to me that people are so desperate to go out in the streets and revel, that they forget what this lockdown is about. This is about your health. This is about death. When you go out, you are running the risk of infecting yourself, coming home, and infecting your entire family," Jacobs said in a national broadcast.

"I have a vision for St. Maarten, that we'd be an upstanding community of disciplined individuals whereby we are doing what is right, at the right time, for the right reasons. Now some of you, like those that went to the tequila party in Suriname, those of you who went in your little J'ouvert John this fore day morning, disrupted your entire neigbourhood and wreaked havoc making fun and jaunting and joisting with the police. Do you think you have gotten away with it? Well, think again. The investigation will continue, and all those having taken part in this, and in fact, promoting this, will be dealt with, within the rules of law. There are fines, there is jail, and all of that is waiting for all of you, who felt it necessary to put our public at risk," she stressed.

The prime minister said she would meet with the police "after all of the fines have been dealt out, as well as after who needs to be arrested, has been arrested".

"We will then look into the steps that will be taken to avoid whatever foolishness went on, spreading to any other community," she warned.

Trinidad in search of COVID cash

Trinidad and Tobago is looking for US$300 million in loans to address the financial demands of the COVID-19, the finance minister, Colm Imbert, has told parliament.

In addition, Imbert said the government was in search of an additional US$500 million for budgetary support.

The US$500 million for budgetary support is being "from other external sources", he said.