Only Two New Cases in Jamaica;Curfew lifted in Little Cayman 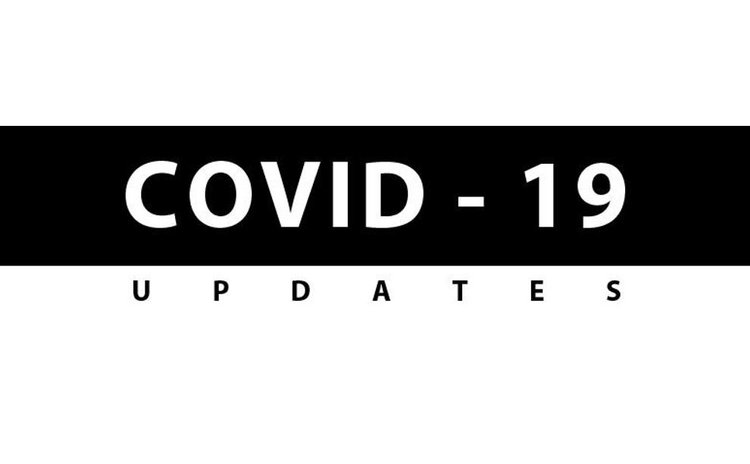 BVI to enter 'next phase of internal reopening'

Beginning Sunday, there will be reduced curfew hours in the British Virgin Islands and residents will be able to conduct business throughout the day.

Premier Andrew Fahie has announced that the "next phase of internal reopening for the economy" will begin on Sunday, 10 May, with curfew hours of 7:00 p.m. to 6:00 a.m. daily.

"We decided that all cabinet approved businesses will be able to operate between the hours of 6:00 a.m. to 7:00 p.m. under the new Imposition of the curfew order which would also commence on Sunday, May 10 for 14 days," Fahie told the nation.

However, even as the premier was moving to ease restrictions, the country was being told of a seventh confirmed case of COVID-19.

The health minister, Carvin Malone, said of 21 samples sent to the Caribbean Public Health Agency in Trinidad for testing and confirmation, one returned positive.

"Case number seven is linked to a previously detected case [that] was quarantined and had tested negative on the first protocol of testing. It is common that in the early stages of infection the virus that causes COVID-19 could go undetected," Malone explained.

"In this regard, the person was kept under quarantine for the full duration of the incubation period, and was re-tested in accordance with established protocols. This patient has exhibited only mild symptoms and will be kept in isolation," he assured. Of the seven confirmed cases in the BVI, one has died and three have recovered.

The Cuban ministry of public health is seeing some light at the end of the COVID-19 tunnel as it projects a positive outlook despite recording its highest number of infections on 2 May.

Chief of epidemiology Doctor Francisco Durán said the reason for this optimism lies in the fact that the island is reaching its peak this week, according to Granma, the community party's official newspaper.

However, Durán warned against relaxing the restrictions too early, saying this could lead to a second wave of infections.

As of the end of the day yesterday, 18 new cases were confirmed, bringing the number of known infections to 1,03, health officials said.

All 18 new confirmed cases were Cuban, Granma reported, with 12 being contacts of confirmed cases, three having a travel history and three under investigation.

With 94 per cent of its population of approximately 270 having tested negative for COVID-19, Little Cayman is no longer under a hard curfew.

In fact, Cayman Islands premier, Alden McLaughlin, announced during a news briefing late yesterday that as of last night virtually all of the restrictions on the smallest of the three islands would be lifted.

"The curfew in Little Cayman will be revoked, effective this evening; that is the hard curfew from 8 p.m. to 5 a.m. on Monday to Saturday and all day on Sunday will no longer apply," McLaughlin said.

"Cabinet has promulgated a new set of regulations: Prevention, Control and Suppression of COVID-19 Regulations (2020) which will lift the most recent regulations from Little Cayman. As soon as the regulations are gazetted, the only provisions that will relate to Little Cayman with respect to the soft curfew or shelter-in-place provisions are the rules related to physical or social distancing. These include the maintenance of six feet between persons indoors in a public place and the owner/operator of a public place must restrict the number of customers inside that public place at any one time so the customer is able to distance themselves by six feet," the premier explained.

However, masks will have to be worn in enclosed, public places and travel between the Islands is restricted to essential personnel. Additionally, other travellers to Little Cayman will need to quarantine for 14 days on Grand Cayman or Cayman Brac, be tested and return negative results before they will be allowed to enter Little Cayman," he said.

There are 78 confirmed cases in the Cayman Islands, three of which were announced yesterday by the chief medical officer, Dr. John Lee. All three were on Grand Cayman.

"One case was a contact of a known positive person, but two others were discovered positive from the screening programme," the CMO said.

One new case in Guadeloupe

Guadeloupe's public health authority, the Agence Régionale de Santé (ARS), today announced that one new case of COVID-19 had been confirmed, bringing the overall total to 153.

No further details were given, but ARS hinted that the person was from the city.

"The existence of sporadic cases in the city must lead us to the greatest vigilance," the health authority said in a post on its website.

This week is decisive. Our territories are currently classified in green but let's make sure that it remains so by respecting the confinement for a few more days and by following the instructions which will be given for the release of the confinement in the coming weeks," it said.

Meanwhile, the number of cases in Martinique has risen to 182, with the authorities recording one new case yesterday.

Guyana has recorded its tenth fatality from COVID-19, the public health ministry has confirmed.

In a brief release posted on its website, the ministry provided no additional information.

However, it said revealed that an additional case had been confirmed, bringing to 93 the number of recorded infections. Of these, 27 have been medically cleared.

After several days of double-digit rises in the number of new infections, Jamaica's ministry of health reported yesterday that two more samples have tested positive for COVID-19. This brings the number of confirmed cases to 473.

It said the number of confirmed COVID-19 cases from the troublesome workplace cluster remains at 221.

With no new confirmed cases in six days and noting that there is a downward trend in active COVID-19 cases, St Maarten's prime minister, Silveria Jacobs, has hinted that it would be long before the lockdown ends.

"People of St. Maarten, we are now at the stage we have been anticipating for a long time. The de-escalation of the measures has commenced worldwide, and for us here in St. Maarten, it is soon approaching," Jacobs said in a national address last night.

However, she said any decision to relax the current restrictions must be done responsibly.

"Staying healthy is important for us as we must do it for our loved ones, especially our most vulnerable. We must do so for the older and younger family members as well as those with underlying health conditions. Social distancing and good hygiene practices will be a necessary part of our future. So, take some time to talk to your family about this, as we continue to adapt and adjust," the prime minister stressed.

Jacobs warned that the crisis was far from over, adding that as the authorities continue testing "more positive cases may emerge".

As of the end of the day yesterday there were 76 confirmed COVID-19 cases in St. Maarten, 44 of whom have recovered and 14 of whom have died.

Jacobs said the 14th person died on 24 April but was not added to the tally until health officials discovered the omission over the weekend.

"They missed the notification of one death, which occurred around April 24. As of April 24, there were 14 deaths. We have no new deaths, but during the clean-up of data one person who had passed away had not been counted since April 24," she explained.

The regional health authority the Agence Régionale de Santé (ARS) in St. Martin has said that COVID-19 is in "sharp decline" in the French Caribbean territory.

ARS announced two more recoveries, leaving only two active cases in the country, two, one of whom is a Martinique hospital.

The health agency said there have been no new confirmed cases in over a week, but said expanded testing could reveal people with mild symptoms.

"Our territories are for the moment classified in green, but let's make sure that this remains so by respecting the confinement for a few more days and following the instructions that will be given for the exit of lockdown in the next few weeks," ARS said.

"Let's not let the virus re-emerge, as we will not be able to implement a confinement strategy if the circulation of the virus is boosted by failure to comply with the protection measures," it stressed.

While COVID-19 continues to force major airlines in the United Kingdom to remain grounded, one budget carrier resumed operations today.

Wizz Air is offering flights from London's Luton airport to European destinations including Portugal, Hungary, Romania and Bulgaria for as little as £26. However, passengers must stick to social distancing rules and must wear facemask.

The low-cost airline is the first to restart commercial routes from the UK.

Meantime, The UK's largest airport, Heathrow, is to test technologies and processes which could form the basis of a common international standard for health screening at all airports around the world.

Chief executive officer, John Holland-Kaye, told the House of Commons transport committee today that the aim of the collective measures being tested is to reduce the risk of contracting or transmitting COVID-19 while travelling.

The package of measures under review include UV sanitation, which could be used to quickly and efficiently sanitise security trays, facial recognition thermal screening technology to accurately track body temperature and contact-free security screening equipment to reduce person-to-person contact.

Airbnb cuts 25 percent of its staff

The home sharing firm, Airbnb, is cutting more than a quarter of its staff as the COVID-19 pandemic wreaks havoc with its business.

The company has confirmed to TechCrunch that will lay off 1,900 employees - just over 25 per cent of its workforce – in order to cut costs during the crisis.

The cuts would be "mapped to a more focused business", CEO Brian Chesky said in the memo.

Departing staff will get 14 weeks of pay, plus another week for every year they've worked at Airbnb, and will get a year's worth of health insurance in the United States. International workers will get health coverage through the end of 2020. Employees who've worked for less than a year can buy their vested share options.