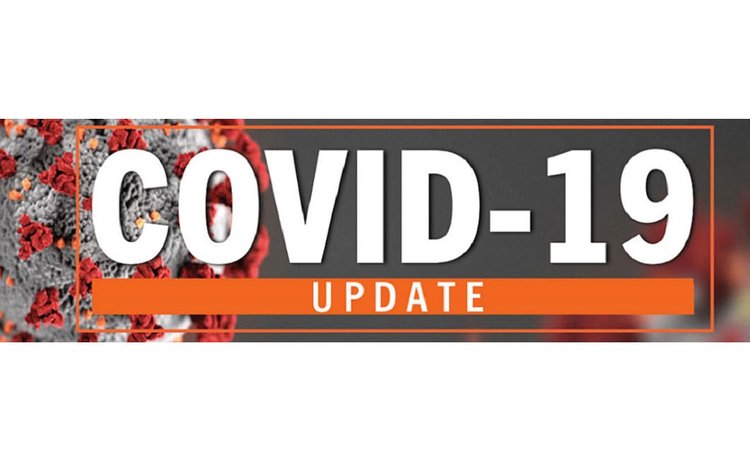 The headquarters of the Barbados government agency responsible for the care of the elderly and other vulnerable people will reopen tomorrow after a two-week closure due to the coronavirus.

The Ministry of People Empowerment and Elder Affairs and the union representing the workers, the National Union of Public Workers, have issued a joint statement announcing the reopening.

They assured the public that the premises have been thoroughly cleaned and sanitised, and that staff members have been exiting quarantine and isolation with "clean bills of health".

There are 84 confirmed cases of the virus in Barbados, 54 of whom have recovered. Twenty remain in isolation and seven have died.

Belize to reopen to local tourists

When the cabinet in Belize meets tomorrow it is expected to approve a plan for the resumption of domestic tourism.

"They will be asked now to provide for greater cross district movement, particularly so as to enable a domestic tourism push," the prime minister, Dean Barrow, said at a news briefing late on Friday. "The hotels, as you know, have already been given permission to reopen, but now we would expressly provide for the ability of local guests at our hotels to be able to enjoy the amenities, including the pool, including walking along the beach, and including swimming in the sea."

However, Barrow said the social distancing requirements would remain in place, meaning not group-swimming or group-strolling.

While the domestic tourism push could begin as early as next week, the prime minister made it clear it would be weeks before the borders are open again to international tourists.

"We are clearly not there yet and my best guess, my personal best guess, is not before July. That, I would like to note, is also the position of CARICOM as discussed in a virtual meeting of heads that took place earlier this week," he said.

Bermudans can get married again

The Bermuda government has eased the restrictions on wedding ceremonies that we imposed to curb the spread of COVID-19.

The premier, David Burt, has announced changes to the emergency powers legislation, which pave the way for marriage ceremonies with limits on the size of the wedding party.

"Marriages and domestic partnerships can now take place with no more than ten people, including the officiant, in attendance," stated a release from the ministry of health.

"The rationale for the first change is perhaps down to the spring air or the shelter-in-place after effects as we have noted requests for couples to be married and whilst the regulations permit funerals, this equally important ceremony and celebration should not be eliminated even in the time of COVID-19," the release quoted Burt as saying.

Another recovery in the BVI

The British Virgin Islands health minister, Carvin Malone, has announced that a fourth person has recovered from COVID-19.

Malone also said in a statement that 13 additional test samples were sent to the Caribbean Public Health Agency last week and all came back negative.

The BVI has seven confirmed cases of the virus, but only two remain active. One has since died.

"All the preemptive actions taken by the government and every BVI business, household, community and individual have resulted in the successes we have achieved thus far in controlling the transmission of the virus that causes COVID-19. Health system capacities are in place to detect, isolate, test and treat every case and trace and track every contact," the minister said.

Cayman premier won't 'sacrifice lives just to get back to normal'

Despite coming under pressure to reopen the country, the Cayman Islands premier, Alden McLaughlin, is standing.

Without revealing who was applying pressure on him, McLaughlin said at a news briefing late Friday that it would be "tragic" to throw away the sacrifices that have been made "because some in the community cannot wait for a week or two to reopen businesses".

"Cayman's ethos as far as humanly possible is to preserve lives and is not prepared to sacrifice any life just to get back to normal. That view is not about to change at this stage," the premier stressed.

He said the authorities were increasing the rate of screenings in order to have a clearer sense of the prevalence of the virus, to be followed by steps to trace, track down and treat those who have contracted it.

"Patience is required from all, though it is appreciated that jobs and the economy are important," McLaughlin said.

The British territory confirmed another positive test on Friday, bringing the number of known COVID-19 cases to 81. The latest patient is a community transmission case and is asymptomatic, according to Dr. Samuel Williams-Rodriquez, the medical officer of health, who said the authorities were investigating how the patient was infected.

An eight-month-old child has become one of the youngest victims of COVID-19 in Cuba.

The communist party newspaper, Granma, in an update on the virus, listed the child among seven people who succumb to the respiratory illness. It provide few details about the child, except that the individual was from the municipality of Limonar in the western province of Matanzas, the island's second largest province. The paper said 12 contacts of the child were being kept under surveillance.

The other victims range in age from 27 to 75. Health authorities yesterday confirmed an additional 17 cases, bringing the number of know infections to 1,783. All 17 are Cuban.

Every day is a business day in Grenada

In a move towards some form of normality, Grenada's prime minister Keith Mitchell said "every day will be a designated business day".

However, Mitchell said, only businesses that have already been granted permission to operate and those resuming this week will be allowed to open to the public.

Approved businesses will operate their respective pre-Covid schedules between 8 am and 5 pm, while thee daily curfew remains in place from 7 pm to 5 am, the prime minister explained.

"Government anticipates an uptick in economic activity with the resumption of work in the construction industry this week. Health and safety guidelines have been created and the contractor for each project must seek and be granted permission from the construction sub-committee before actual work resumes," he said.

New areas slated for reopening this week include real estate services, laundromats, landscapers and gardeners, flower shops, consumer credit stores and companies offering payday loans. There will be limited ferry services between Grenada and the two sister islands of Cariacou and Petite Martinique.

"With many workers dependent on public transportation, government is working with stakeholders to develop appropriate social distancing and hygienic measures that will guide the resumption of this service. An official announcement will be made in the coming days," Mitchell said in his address to the nation last evening.

However, Mitchell said the country was not yet at a stage where the borders could be opened to international traffic, but a phased reopening is likely to begin during the first week of June.

Guyana's public health ministry has recorded seven new COVID-19 cases, bringing the total to 104 as of yesterday, the ministry said in its latest update posted on its website.

It gave no further details, but said Region Four, in which the capital, Georgetown, is located, remains the country's COVID-19 epicentre.

So far, 35 of the 104 cases have recovered, six remain in intensive care and ten have died.

The total number known COVID-19 cases in Jamaica has soared past 500, with the confirmation of four new positive samples over the weekend, according to the health ministry.

Of these one, a 31-year-old male from the northern parish of St. Ann, is an imported case from the batch of returning residents, who arrived on the island on 6 May. He was the third person from this group to test positive for the virus, the ministry said in a release.

The four cases, all males ranging in age from 17 to 63, bring the number of known cases in Jamaica as of the end of the day yesterday to 502, making it the first in the English-speaking Caribbean to reach this milestone.

According to the health officials, the number of patients who have recovered from COVID-19 and have been discharged from hospital is 90, as 12 new patients have received a second negative test in the last 24 hours.

Saba on the road to normality

Four weeks after confirming Saba's first COVID-19 case, and placing the tiny Dutch Caribbean island on total lockdown, the governor, Jonathan Johnson, announced over the weekend that residents are ready to return to normality.

In an address to the approximately 1900 residents, Johnson said bars, restaurants and churches would reopen as of yesterday morning, while all other businesses and services would open today. School will resume on Monday, 8 May. The governor acknowledged that there were concerns among residents about a return to business so soon after the first case was confirmed on 12 April. A second person later tested positive for the virus.

However, he said there was no evidence of the virus having spread on the five square-mile island, "and we are ready to resume normalcy".

The authorities said the borders would remain closed for non-essential travel, but that face masks would not be required in public. Physical distancing will also not apply to children, the government information service said in a statement.

Another resident of St. Maarten has succumbed to COVID-19, bringing the number of deaths attributed to the virus to 15.

The prime minister, Silveria Jacobs, said in a weekend statement that the patient, who had several underlying conditions, was being cared for in the intensive care unit of St. Maarten Medical Center.

"We'd like to extend our condolences to the loved ones of this patient as they go through these trying times. You are in our thoughts and prayers," Jacobs said.

Overall, 76 people have tested positive for the virus in St. Maarten.

Meantime, on the French side of the island, the public health authority confirmed a new case on Saturday, ending a period of several days without new infections.

The agency said the new case was in isolation at home, and that contact tracing was under way to find who this patient may have been in contact with.