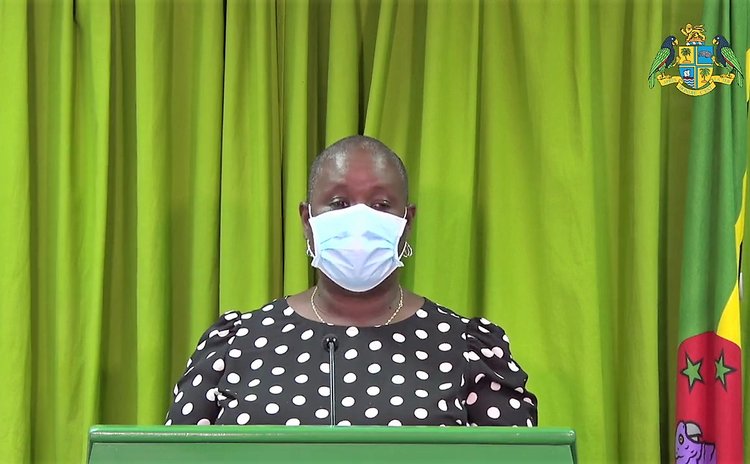 New controversy is brewing over a proposed use by the Government of Dominica of EC$8 million from the Redundancy Fund being managed by the Dominica Social Security (DSS).

Prime Minister Roosevelt Skerrit announced last Saturday that he had approved the use of the fund as part of a proposed stimulus package to assist people affected by the current COVID-19 pandemic.

"The Dominica Social Security has a fund of $12 million. I have approved for $8 million of this to be set aside to help the people who would have lost their jobs; plus an additional $9.5 million added to that from the Government, in the first instance," Prime Minister Skerrit told a COVID-19 press briefing.

But Government apparently did not anticipate the controversy that that announcement created.

"Do not allow Government to take my social security money," said a female voice to the "Hot Seat" talk show on Monday on Q95 FM, a pro-opposition radio station. "We worked so hard to put money in that fund."

For instance, Leader of the Opposition Lennox Linton said the proposal amounted to a bust on the DSS.

"This is an $8 million raid on the Dominica Social Security at a time when he (the Prime Minister) has under his private control in excess of a billion dollars of public money," Linton said in a Facebook post.

Linton and the opposition United Workers Party (UWP) contend that the Prime Minister has at his disposal more than $400 million from an international airport development fund and over $1 billion from the Citizenship by Investment (CBI) programme.

But Prime Minister Skerrit subsequently said on Kairi FM, (a pro-government radio station) that the suggestion for the use of the DSS Redundancy Fund to assist workers made unemployed or semi-employed by COVID-19 came directly from the DSS.

That assertion was supported by Janice Jean –Jacques, the director of the DSS who delivered a written statement at a Ministry of Health COVID-19 press briefing on Monday.

"The Dominica Social Security as the major pillar of Dominica's social protection mechanism, unlike all other social security systems within CARICOM, found it necessary to take action to recommend a measure and to provide a level of income relief to insured persons who were displaced from their work as a result of the disruption in business due to the coronavirus".

Before making the recommendation, Jean-Jacques said she consulted with an actuary and discussed it with senior staff and the board of directors.

"The proposal was to utilize cash in the Redundancy Fund which was established under the Protection of Employment Act and being administered by the Dominica Social Security on behalf of the Ministry of Labour and part of the reserve of the Employment Injury Grant of the Social Security to offer income support in the form of temporary unemployment assistance benefit," Jean-Jacques said.

She added that private sector organisation namely the Dominica Employers Federation (DEF), the Dominica Hotel and Tourism Association (DHTA) and the Dominica Association of Industry and Commerce (DAIC) were consulted, at the suggestion of Prime Minister Skerrit.

But apparently the workers representative, such as the Dominica Public Service Union (DPSU) were left out of the consultative process, according to DPSU general secretary, Thomas Letang.

It appears that Prime Minister Skerrit announced his approval of the use of the DSS funds before an important step in the process-the approval by parliament of an amendment to the Redundancy Act.

"At this juncture," said Jean-Jacques at the COVID-19 press briefing, "we await communication on the way forward and passage of the required legislative provision to give effect to the initiative."

"We anticipate approval of this recommendation," the DSS director said.

She too did not anticipate the level of controversy that her recommendations would have caused.

Update: Amidst the controversy, Prime Minister Skerrit has turned down the recommendation of the DSS, DSS director Jean-Jacques told Q95 FM this afternoon.