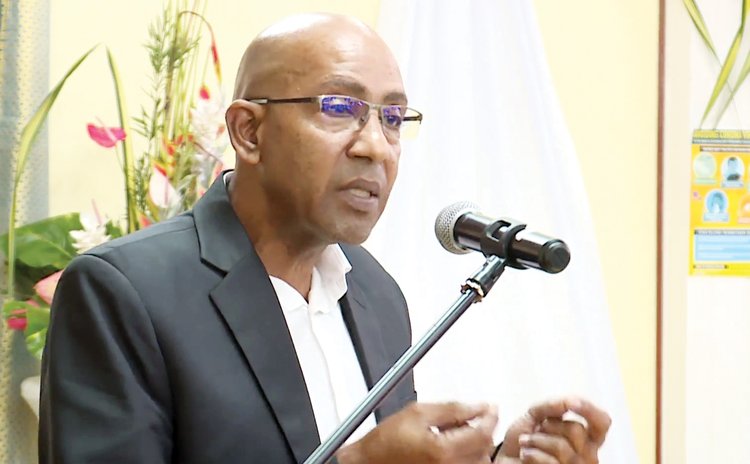 (This story has been updated)

Last week as businesses and institutions began last week sporadically responding to the threat of the coronavirus pandemic, Health Minister Dr. Irving McIntyre on Sunday announced that Dominica has had its first confirmed cases of COVID-19, the disease cause by the virus.

"The patient is 54 years old male Dominican citizen who recently returned to Dominica from the United Kingdom," said Dr. McIntyre in a 1 minute 58 seconds statement on Sunday March 22, 2020. "This individual is being treated in a special isolation unit and will remain there until recovery".

"We knew that this day would come," said Prime Minister Roosevelt Skerrit in an 8-minute address to the nation on Sunday night. "We can only hope for the best and plan for the worst."

Skerrit ordered the suspension of school classes from Monday 23rd March, 2020 and added he will announce in two days the closure of certain ports. He advised senior citizens to stay home and to stock up on medication.

"There is no need for panic," he said. "No need for hoarding of goods."

In his address, Dr. McIntyre added that health officials have initiated "aggressive contact tracing to identify every individual who may have gotten in close contact with this patient".

He said that persons who have had interaction with Patient One "will be tested and placed under quarantine".

Meanwhile, late last week a number of institutions and businesses upgraded their preparation for the expected arrival in Dominica of the first case of COVD-19.

Dame Janice Pereira also announced that the up-coming meeting of the Supreme Court has been postponed; additionally, the civil, Masters and magistrate court have been suspended or, as far as possible, will be conducted via video conferencing.

In addition, the Eastern Caribbean Central Bank (ECCB) said in a statement that it "understands the anxiety that some customers and residents across the OECS are experiencing over the loss of income due to the COVID-19 pandemic".

In a press statement the ECCB said each bank in the OECS will be implementing a financial support programme that will include a loan repayment moratorium of up to six months or more.

Meanwhile, banks here such as the National Bank of Dominica (NBD) and Republic Bank have instituted social distancing to reduce the spread of COVID-19.

Joining sports organisations around the world, such as the NBA, which has suspended the majority of sports events, the Dominica Football Association (DFA) and the Dominica Cricket Association (DCA) have decided to postpone all football and cricket related activities with immediate effect.