We're in this thing together

Minister of Health, Dr. Irving McIntyre calls for national unity in the fight against COVID-19 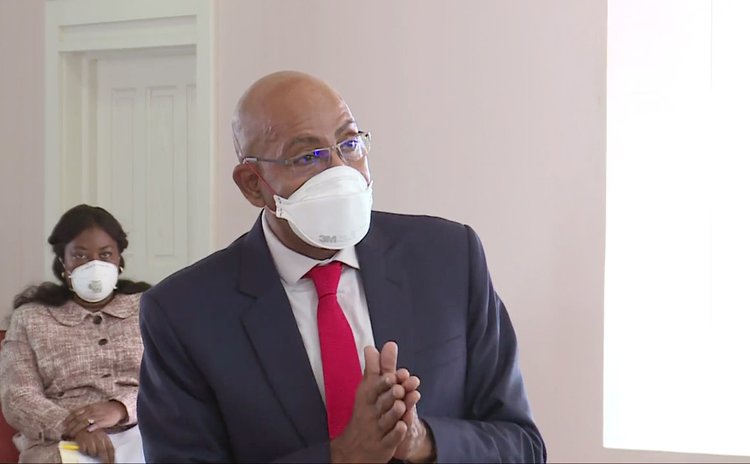 To defeat the coronavirus pandemic, efforts of all Dominicans, all nations, all hamlets and all families are needed in a coordinated march to battle.

Wearing a white mask over his face from his nose to his chin as he spoke, Health Minister Dr. Irving McIntyre told a meeting of parliament here on Monday 6th April that the battle against COVID-19, the disease that has brought the whole world to its knees, has to be a united fight.

Parliament met on Monday, for their second meeting under this new administration, to approve the continuation of the state of emergency and curfew issued by President Charles A. Savarin on April 1st 2020. Based on parliament's approval the current state of emergency has been extended by three months and the curfew by an additional 21 days.

At that meeting, Dr. McIntyre, a freshman politician who was elected to Dominica's House of Assembly as the parliamentary representative for the Roseau Valley, for the first time four months ago, at the 6 December 2019 general election, received a virtual baptism of fire when the coronavirus made its grand and deadly appearance in December 2019. Since then he has led Dominica's fight against what he calls "the invisible enemy."

Dr. McIntyre announced that Dominica, to date, has 15 cases of COVID-19. He said that "index case one" gave the ministry of health and Dominica nine contacts i.e. ten cases.

"Dominica is doing everything it can do at the moment considering our resources, our manpower-we are putting everything that we have in our defence and our preparedness in regard to COVID-19," the Health Minister said.

He added that Dominica's strategies to fight COVID-19, that the international community and all the experts have agreed on, are based on case identification, quarantine and social distancing.

And Dr. McIntyre believes that these strategies have been effective, so far.

"We can only say that because we have done an extensive amount of testing, that our case identification is working." he said. "We leaving no stone unturned, Mr. Speaker, we are attacking this aggressively and we are contact-tracing every single case".

Technical assistance and supplies from "friendly governments", such as Cuba and China, and institutions such as the Pan American Health Organisation (PAHO), have helped Dominica in the battle against the new virus.

At the moment there are four quarantine facilities operated by the Government of Dominica where 112 people are being kept away from the rest of the population until their COVID-19 health status have been verified. In addition,there are 312 people in self- quarantine.

During his address to parliament, Dr. McIntyre appealed for the cooperation of persons who have been quarantined.

"It is important to note that quarantine is an essential part of the fight against COVID-19 and people in quarantine, whether it's at the facility, whether it's at their home, they should see that as their contribution to fighting COVID-19," he said. "That is the part they are playing, so when the history books are written they can say, 'yes, I obeyed my quarantine; I played my part'. So it's not a matter of restricting people's freedom but it's a matter of restricting the virus."