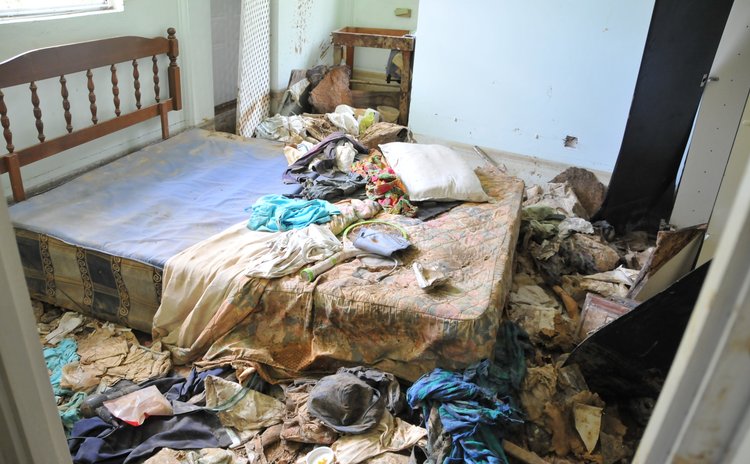 Almost one year has passed since Tropical Storm Erika on August 27, 2015, yet its devastating effects still linger and Dominica's recovery efforts appear to be an uphill struggle.

This special issue the SUN looks at how far Dominica has moved along the path to recovery through the eyes of observers close to the recovery efforts and storm victims, especially those in the worst-hit areas.

After the storm, nine disaster areas were identified: Bath Estate (Paradise Valley), Dubique, Petite Savanne, Campbell, Coulibistrie, Pichelin, Petite Soufriere, Good Hope and San Sauveur. Sadly, their way forward is not be as clear-cut as one might expect.

One major success has been The Douglas Charles Airport, which suffered significant damage, crippling air access to Dominica for months. Government subsequently signed a $31.27M contract for rehabilitation of the airport, and it was reopened last March.

Significant developments resulting from the storm were the cancellation of the 2015 World Creole Music Festival (WCMF) and the destruction of a leading tourist destination, Jungle Bay Resort.

Residents of the communities of Petite Savanne and Dubique were evacuated and Government is still seeking to relocate residents. But more questions than answers swirl around the relocation effort.

"This storm starkly exposed our vulnerabilities. It resulted in an estimated damage and loss of EC$1.3 billion and over 90.0 percent of Dominica's Gross Domestic product. We of course know that the loss is much greater."

In relation to housing relief, the PM reported that, of the 300 'Petro Casas' donated by Venezuela, 50 houses have been completed in the Centre area in Grandbay, which have been allocated to 152 residents of Dubique.

Government has also acquired 49.6 acres of land at Bellevue Chopin, to resettle the 283 displaced families (823 persons) of Petite Savanne and adjacent communities.

Much has been done, but much more needs to be done. We hope these stories give readers an idea of where Dominica stands now following Tropical Storm Erika.