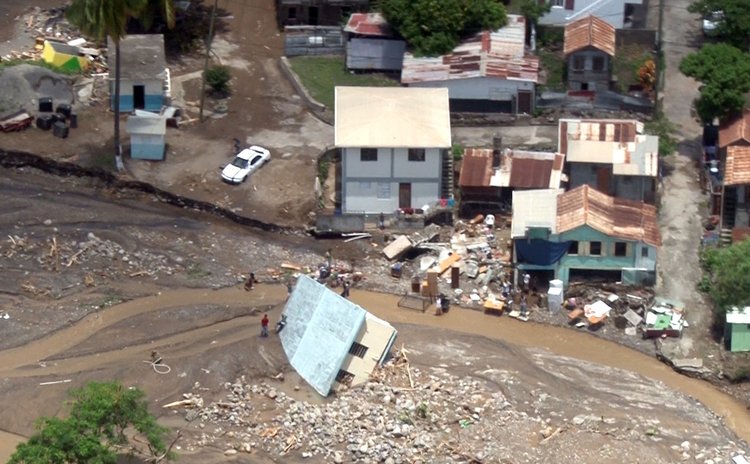 The most important lesson Tropical Storm Erika taught Dominica and the rest of the region is that science and the management of natural and weather-related events must be totally synchronized.

This is the view of an expert who noted that TS Erika's lesson in 2015 was preceded by an earlier lesson from a meteorological 'trough system' that affected Dominica in December 2013.

According to the expert, who opted to remain anonymous, "We need to collaborate much more both in terms of science and management of disasters . . . there is room now for the OECS to set the pace -- coming from Erika and the trough system."

The expert said this is the time "to get UWI, to get the Caribbean Institute of Meteorology and Hydrology, CDEMA and disaster management offices to have a tighter collaboration and exchange of information on predictions, forecasting and putting in place the management systems in anticipation of events like Erika. . .

"In the future, we are going to have more of those kinds of events…We are going to see more intense tropical systems in and out of the hurricane season; therefore, we should have the ability to either forecast or give early warning to our vulnerable populations," the expert asserted.

On the local scene, the observer believes that another significant lesson is that there should be greater collaboration among the meteorological office, disaster management office and the community, so there would be a stronger bond and more effective pre-event and post-event management.

Disaster management is often treated as an afterthought in Dominica, the expert said.

The expert highlighted the need to enact legislation to guide mitigation, preparedness, prevention, as well as the procurement of adequate emergency and relief supplies and their distribution.

The observer said it was apparent that, after TS Erika, authorities and agencies outside of the national emergency organisation became involved in the relief operations, which seemed to create significant confusion.

"It was almost like . . . the left hand didn't know what the right hand was doing," the expert said, adding that this exposed the need for a clear legal framework for disaster management agencies that specifies their roles before, during and after disasters.

Such a legal framework should also specify the parts the relevant public officers and Government departments have to play in disaster management, and set appropriate parameters for those roles.

The expert claimed that nothing much is being done to provide the public with adequate information about disaster preparedness and response. Therefore, yet another lesson TS Erika taught is the need for a paradigm shift in the cultural approach.

And the expert contends that the shift must take place through the education system.

"So you ask any village council what are they are doing about disaster management or resilience building and they do not have it on the agenda." the observer said.

The observer speculated that if there is an earthquake people will panic and not know what to do.

The expert said there is troubling evidence that the national emphasis is on restoring infrastructure while the risk to the vulnerable population -- children, physically and mentally challenged people, elderly people—remains the same.

The authorities should consider taking the warnings issues by the Barbados Meteorological Office and translating them with local conditions in mind.

This means tailoring the warnings to specific areas on the island, giving consideration to the topography, micro climates and vulnerable populations.